I met up with a girlfriend (Ms. G) to discuss about our trip this December. Met her at Thomson Plaza and had dinner at Paradise Inn. 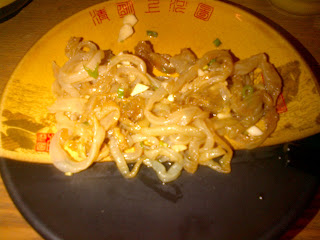 We start off with some Jellyfish
Verdict: Not bad. Crunchy and nice 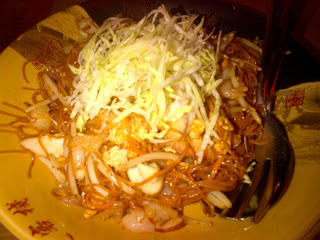 Some Vermicelli
Verdict: Nice
I don't know about you but I always say it wrongly. I would say Vercimelli. Ha ha... I must make it a point to say it right the next time round. ^^ 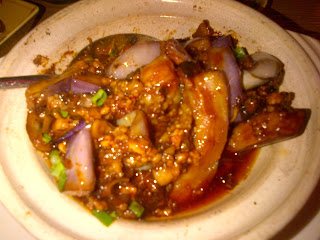 Brinjal
Verdict: Nice. I love the mince meat and bits of mushroom, cooked with the brinjal 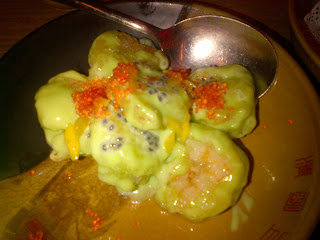 Wasabi Prawns
Verdict: Better than the ones I had in Noble House 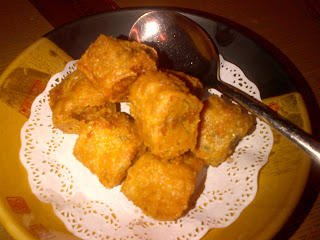 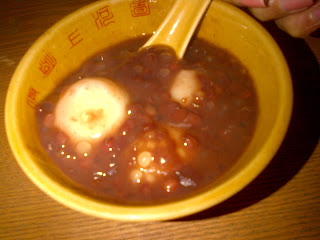 Gf's Dessert - Ah Balling
I hope I spelt that right
Verdict: Don't know as I didn't try. Must be good 'cos Gf say, "Try it! It's good!" 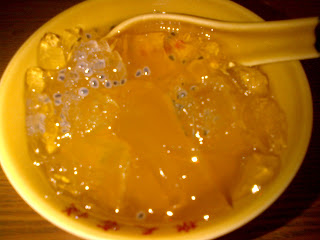 Lemongrass Jelly
Verdict: This is my dessert and I'm not blown away by it. I've had better in Johor
We also ordered Gu Lu Ruo (in Chinese) but had to cancel as we were very full by then. I don't know but 5 years ago, I can eat much much more. As I age, somehow, I couldn't and not that I wouldn't. *shrugs*
I must say the meet-up was good and pleasant. We had lots of fun and laughter, just like we ALWAYS do. I'm glad I've a friend such as Ms. G. We've been through lots of tough times and I'm glad that she sticks around. Ms. G, I'm real glad to have you as my friend! *big hugz*
Dreamy C
Posted by Callie at Tuesday, October 09, 2012