It's been a few weeks since my trip to Yogyakarta.
I was there for period 23rd June 2017 till 04th July 2017, a whopping 12 days.
Damage? Hardly any except for a few bruises and a badly bruised up toe on my right foot.
More on that later...

Singapore to Yogyakarta takes only 2 hours by flight.
From Yogyakarta Airport to where I'm going to stay (friend's house), it takes a gruelling 4-6 hours car ride. Before you think it's bad, do remember that 25th June 2017 was a public holiday in Indonesia - Hari Raya Puasa. Hence, bad traffic is to be expected.
Anyway, we did stop half-way to have a quick lunch of Mee Bakso. Love it!
So hungry I failed to take any photos. I just devoured the entire bowl and regretted not ordering another bowl later.

Along the way, I saw this: 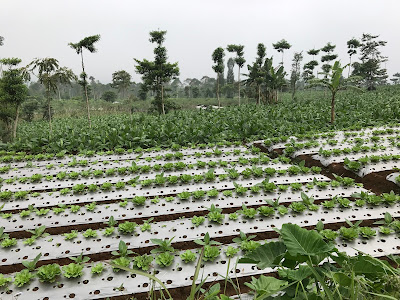 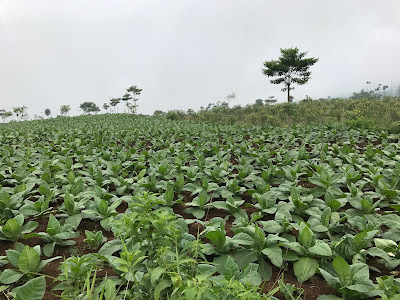 What are they you may ask. Tobacco plantation.
The air was fresh and crisp, cooling to the touch and just fabulous. 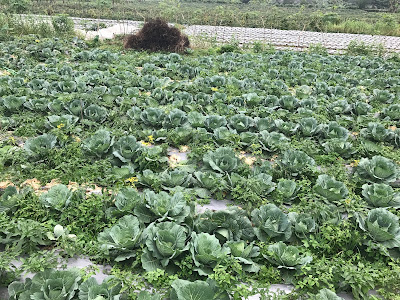 I got real excited when I saw huge cabbages such as these.
Be kind with your words. I've lived in the city for more than 3/4 of my life.
Hence, my excitement when I get a chance to lead a Kampung lifestyle.

I finally reached my friend's house.
The people there are all so friendly and just as excited to see a foreigner in their Kampung. 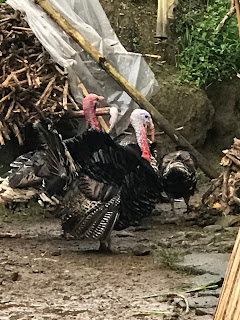 Turkey
Fancy seeing this for the 1st time in my life!
All along, I've seen dead ones on my table during Christmas. 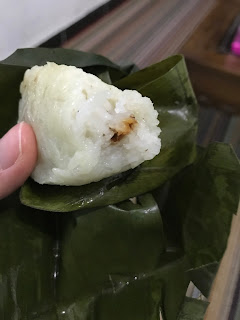 Tried making pulut or whatever they are called.
Glutinous rice with beef floss inside.
My favourite food - Glutinous rice!
Back home in Singapore, we have spicy prawn filling.

The 2 main reasons I want to spend some time in Yogyakarta were:
1. I made a promise to visit my friend during this period.
2. I want to experience the atmosphere of spending Hari Raya Puasa in a Muslim country.
Pardon me but Singapore is pretty much dead when it comes to the celebration of festivals.
There's hardly any atmosphere to begin with. Not criticising here but Singapore has many other good points, just not when it comes to celebrations. I just can't feel it...

On Hari Raya Eve, there's fireworks and lots of it. You might think celebration in Kampung is going to be quiet and boring. In fact, It's very happening! Fireworks, one after another. People setting lanterns (those you see in Taiwan) up into the sky. It's really a lovely sight. People gathering all around you. Not so crowded till it makes you want to gasp for air (I experienced that once when trying to get home from watching National Day Parade) but not that scarce till it makes you want to cry either. In other words, a good amount of people. 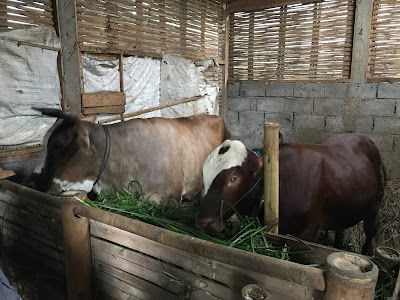 Went visiting on Hari Raya Puasa itself and was really happy to see cows standing right in front of me! I've not seen real ones before mind you...except the ones in the Zoo. Wait... do we even have cows in the Zoo in Singapore? Lol...

I usually go for a walk in the morning.
I love the fresh cool air and the peace and quiet the Kampung has to offer. 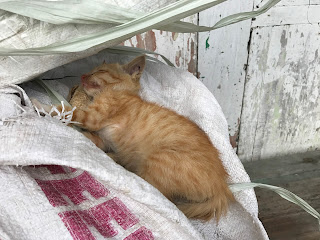 Saw a kitten on one of my walks 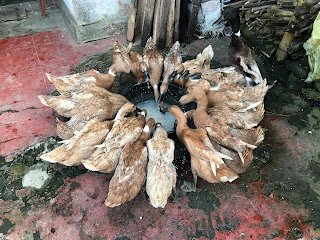 Ducks? Goose? I don't know... But they were really adorable 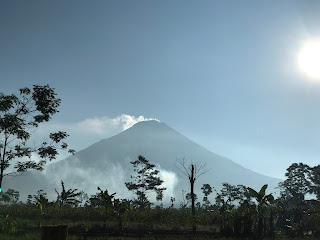 Mount Sindoro or Mount Sumbing, I cannot quite figure out 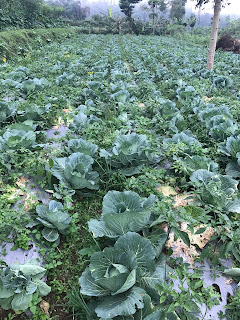 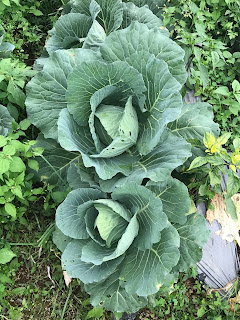 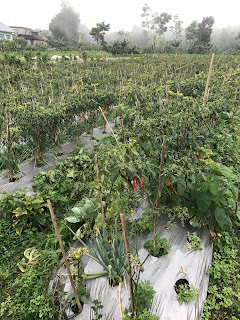 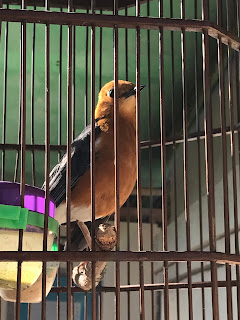 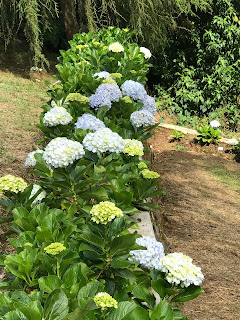 One of my favourite flowers - Hydrangeas

Well, I wouldn't say it's a bed of roses living in the Kampung but it all depends on what you can accept and what you can't. Some people simply cannot tolerate the toilets in Kampung but I take it in my stride. It doesn't bother me at all. Some very much prefer their 'fancy' food but again, it doesn't bother me so long as they taste good.
I kid you not. I was down with diarrhoea the next 4 days at the end of visiting on Hari Raya Puasa but it didn't dampen my spirits at all. Did I bring medication along? Sure I did but they didn't work. I believe what I had was food poisoning as I vomitted as well. The young leaves from a Jambu tree did the trick for me. Homeotherapy. Didn't believe in the past, now a believer.

I simply love my time in the Kampung. Sure, it's not as systematic, not as clean but the air and the people does it for me. Hence the subject. This is REALLY the best trip of my life, where I've nothing planned, where I enjoyed lots of peace and quiet, where I experienced love from people around me, where I see friendly faces all the time (genuine or not, I don't really care. At least they bothered to smile), where there's plenty of mountains (I ended up climbing a small one which I believe is called Gunung Lawang).

Talking about climbing Gunung Lawang, I was inexperienced and wore the wrong kind of shoes - Nike Running Sports Shoes. I did not train at all for the climb. It should be around 1,102m in height. I'm not quite sure as I can't find it on trusty Google but it took me 3 hours to climb up.
Up I climb with my legs and down I go with my butt.
I was so tired after reaching the top, I have absolutely no appetite to eat!
The light rain last night before my climb didn't help at all.
Silly me, I wanted to see the sunrise and set out during the wee hours of morning.
Bad idea...
Ended up not seeing the sunrise but the view on top is worth it all.

A video for better understanding...

I'm starting to love climbing mountains.
I was a bit disappointed to know that Gunung Lawang is only 1,102m in elevation.
I'm going to start training by climbing stairs.
I shall attempt a higher mountain come December this year. =)

Have a great one Peeps!