I fell sick yesterday on a public holiday...=( Slight fever and a sore throat. The sore throat wasn't that bad as my voice didn't quite change much. It's just that when I swallow my saliva, it hurts. My phlegm also has some tinge of blood. It could be due to my body being 'tai re' or it could be due to excessive coughing? Well, I don't cough that much either so I'm not sure what caused the blood.

I'm 33 this year and I've been visiting the western doctor whenever I fell ill. My parents never have the habit of bringing me to a TCM physician. Nonetheless, being an asian, I've always believed in TCM. The question is finding the right physician.

Well, I found one who tells you your problems BEFORE you tell them. Apparently, by feeling your pulse, he can tell if you are a vegetarian! I've always wanted to have my body check-up done the asian way. Hence, I'm going to make a trip down probably tomorrow or this Sat for a check.

He's Zuo Yi Shi and he operates from home in Pandan Gardens. I live in the North and travelling there takes at least an hour. Well, I'm willing to make this small sacrifice if he really is indeed as good as what people say...

By the way, he prescribe the herbs to take but doesn't sell them. He does recommend 2 x medical halls where you can get them though...

Keep you guys updated! Don't hold your breath as the asian way usually takes a longer time to 'tune' your body back as compared to western medicine.

So I bought quite a few items this September. It consist mainly of washi tapes. It wasn't my intention to get them but I ended up with quite a few. I just thought that my washi tape collection is pretty pathetic and just went crazy picking different colors and patterns to decorate my planner with. I'm so excited! Take a look! 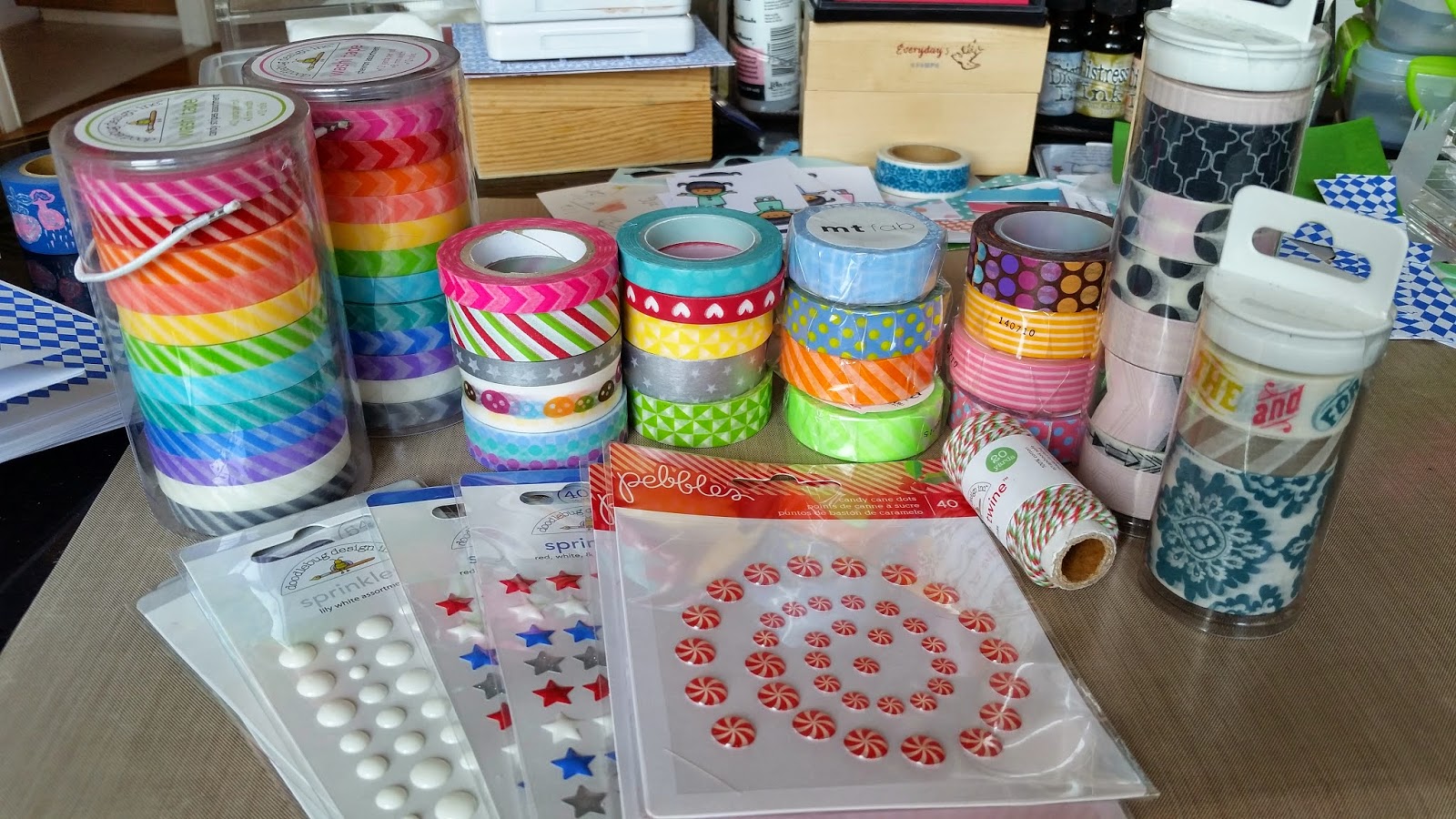 Lots of Washi Tape for my Planner
Much Love... ^^ 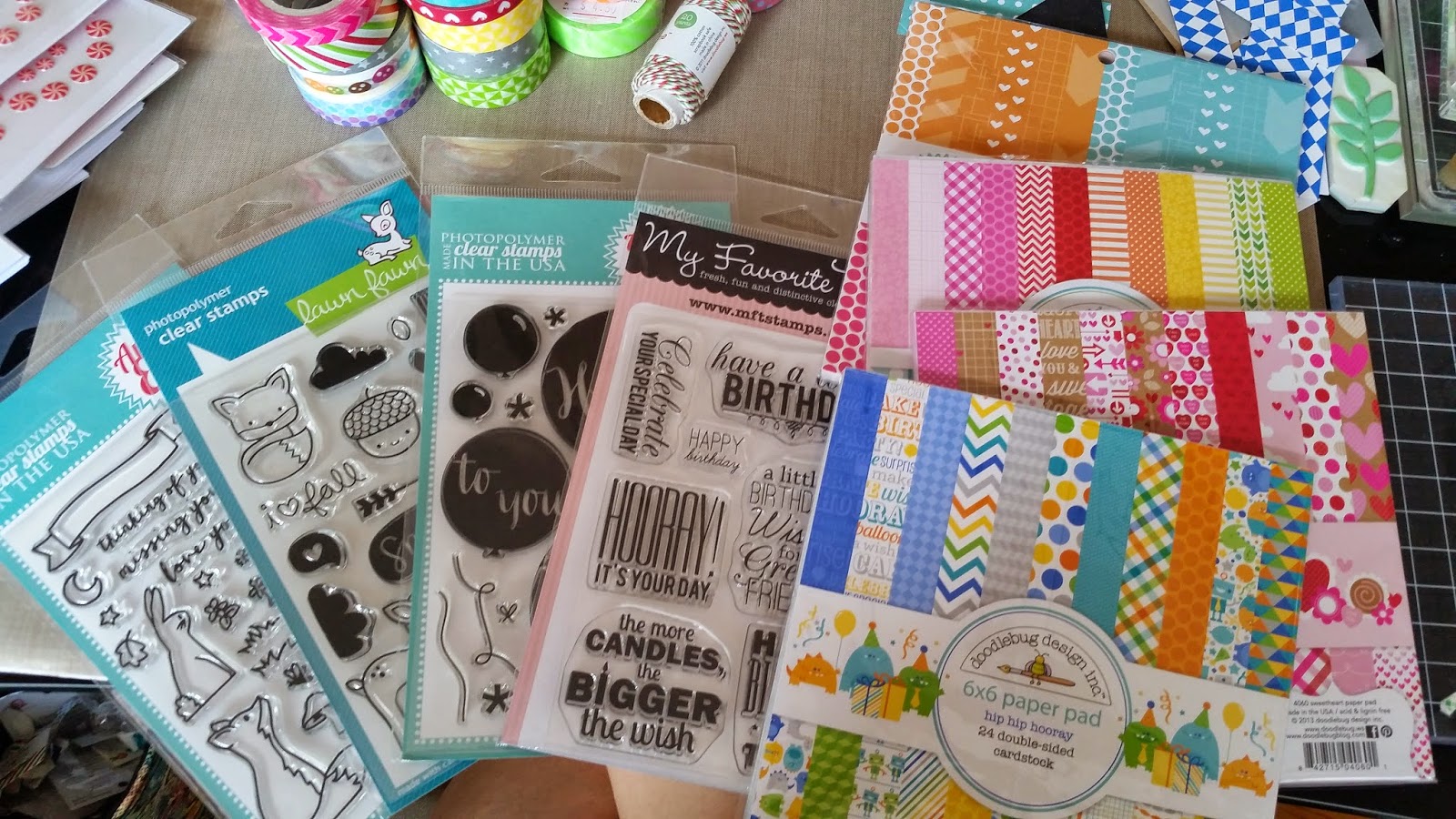 I find myself falling in love with Doodlebug's paper pads

I did a video and somehow, isn't able to upload it onto YouTube. I tried again and it will worked! *happy* Check it out!


Have a great mid-week!

Dreamy C
Posted by Callie at Wednesday, October 08, 2014 No comments:

Email ThisBlogThis!Share to TwitterShare to FacebookShare to Pinterest
Labels: Haul

Hi there... It's been a tiring week and I've been busy especially since Hiraku left an impact on me. Read on to find out what I've been up to... 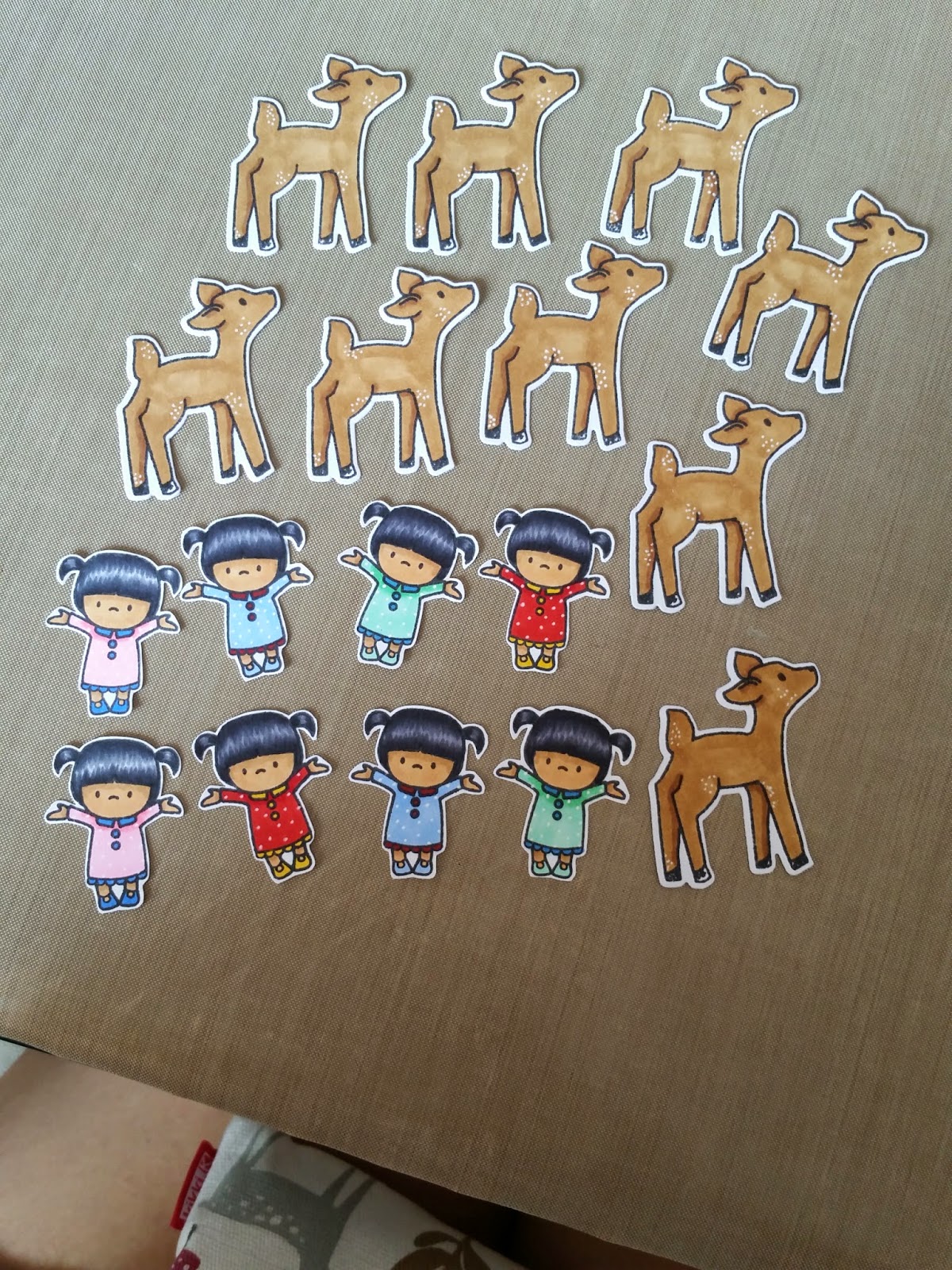 I managed to get an order from a dear friend of mine.
She would need 50 x cards on a monthly basis and it's only starting from Year 2015 since she purchased ample cards to last her till end of Year 2014.
Hence, I'm doing preparation work now. ^^
I did create quite a few birthday cards and the photos are all posted on my Instagram account. 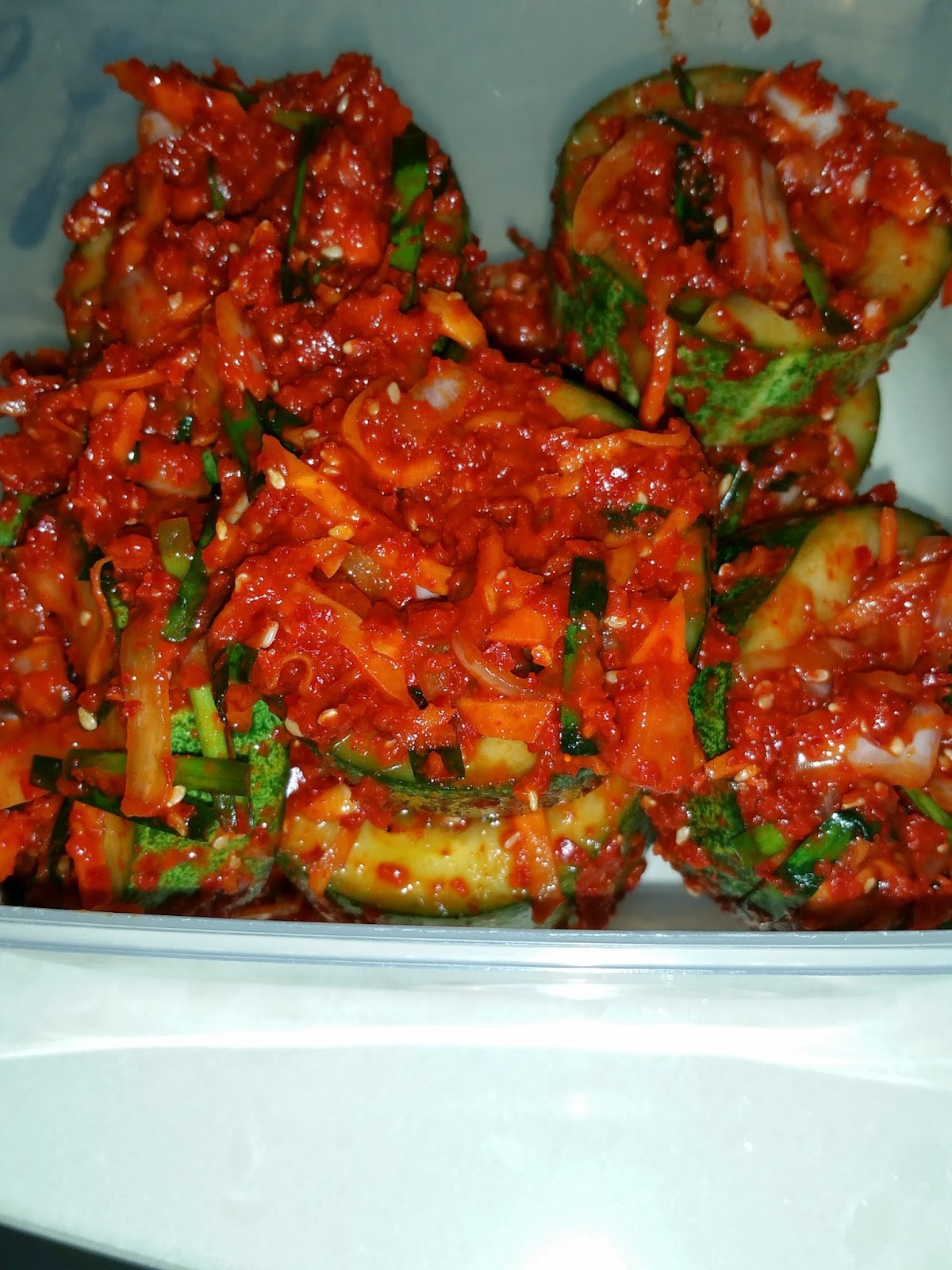 I watched Maangchi's videos on YouTube and decided to give Korean cuisine a try. ^^
This is Cucumber Kimchi. I couldn't find the kirby cucumbers and hence, I used the long type of cucumbers. I've no idea what they're called. It turned out just fine... I left the cucumber kimchi covered and in room temperature to ferment it.
The next day, this is how it looked.
That juice...
I opened it and it smells lovely! 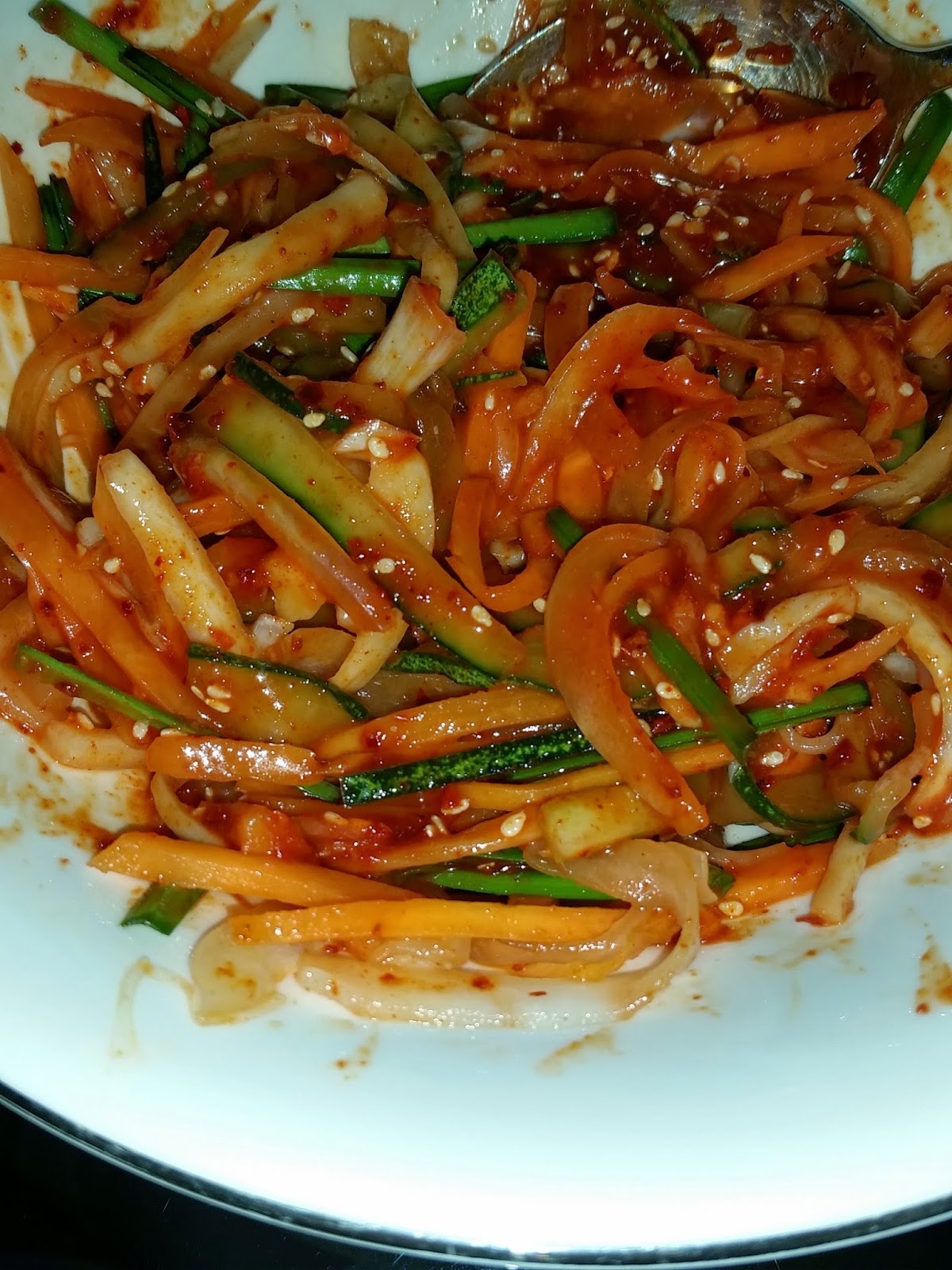 I attempted doing another type of kimchi and this is Mushroom Kimchi.
It turned out fine except that it's a tad too spicy as I didn't follow the recipe diligently.
The next round, I followed the recipe and it is good. ^^
Next time, I'll add in more mushroom. 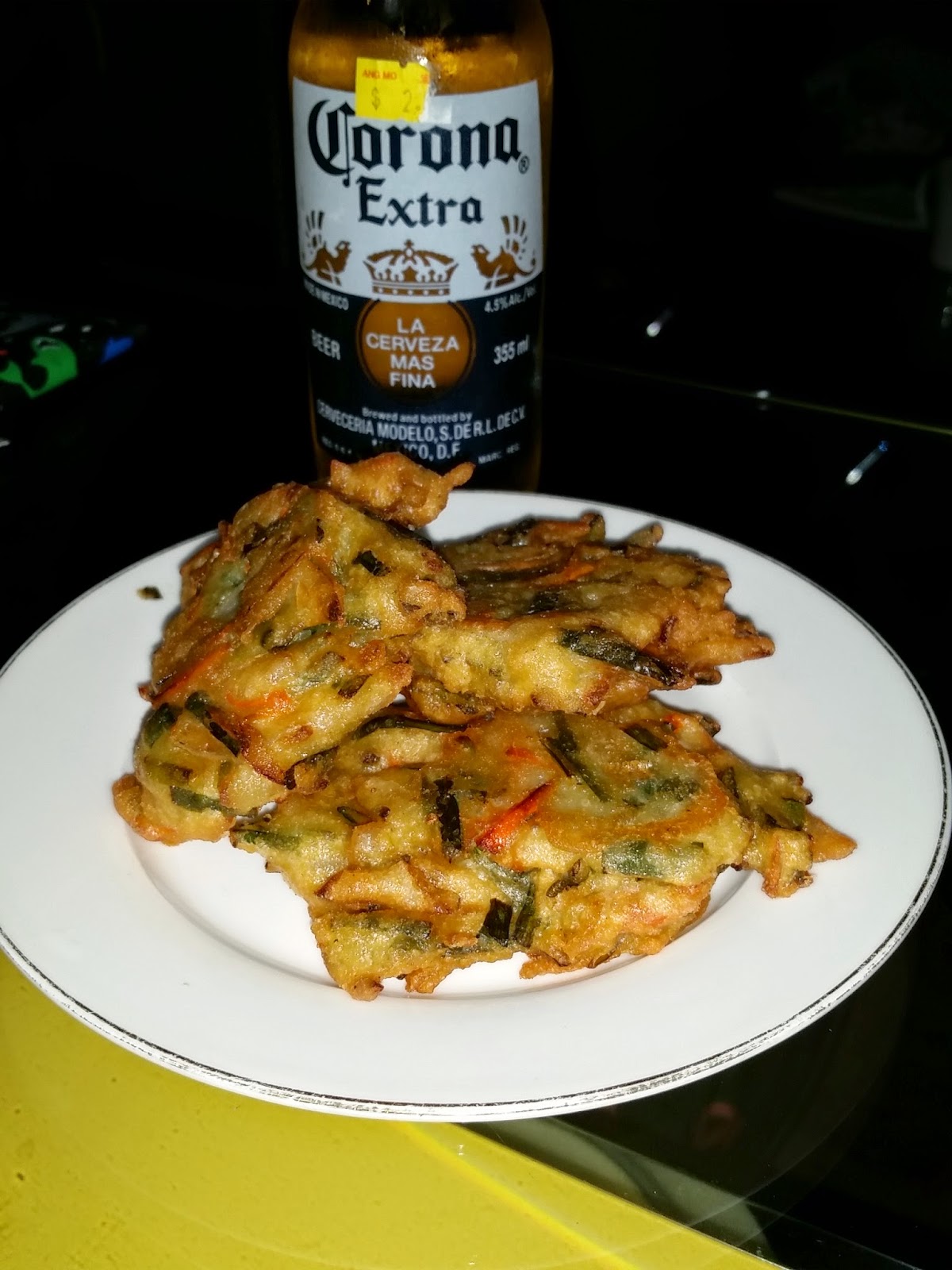 My helper was telling me that leftover onion is really bad as bacteria grows really quickly.
That's what a doctor told her.
With all the onion and asian chives left from my kimchi making, she made some onion fritters!
Goes really well with beer though this is not my favourite beer. Ha ha... 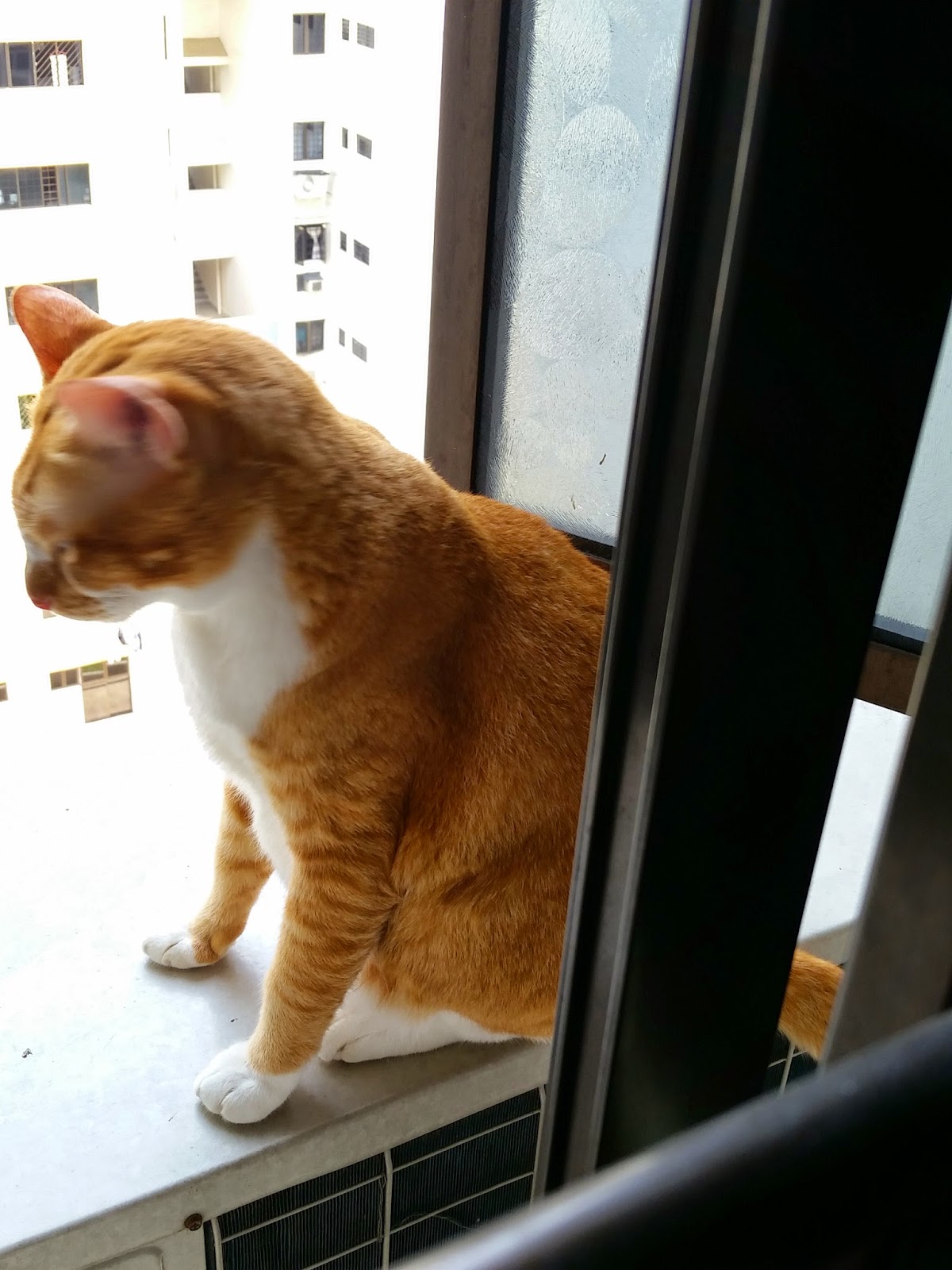 I went to see my Horlick and he's still just as chubby.
He loves sunbathing here. 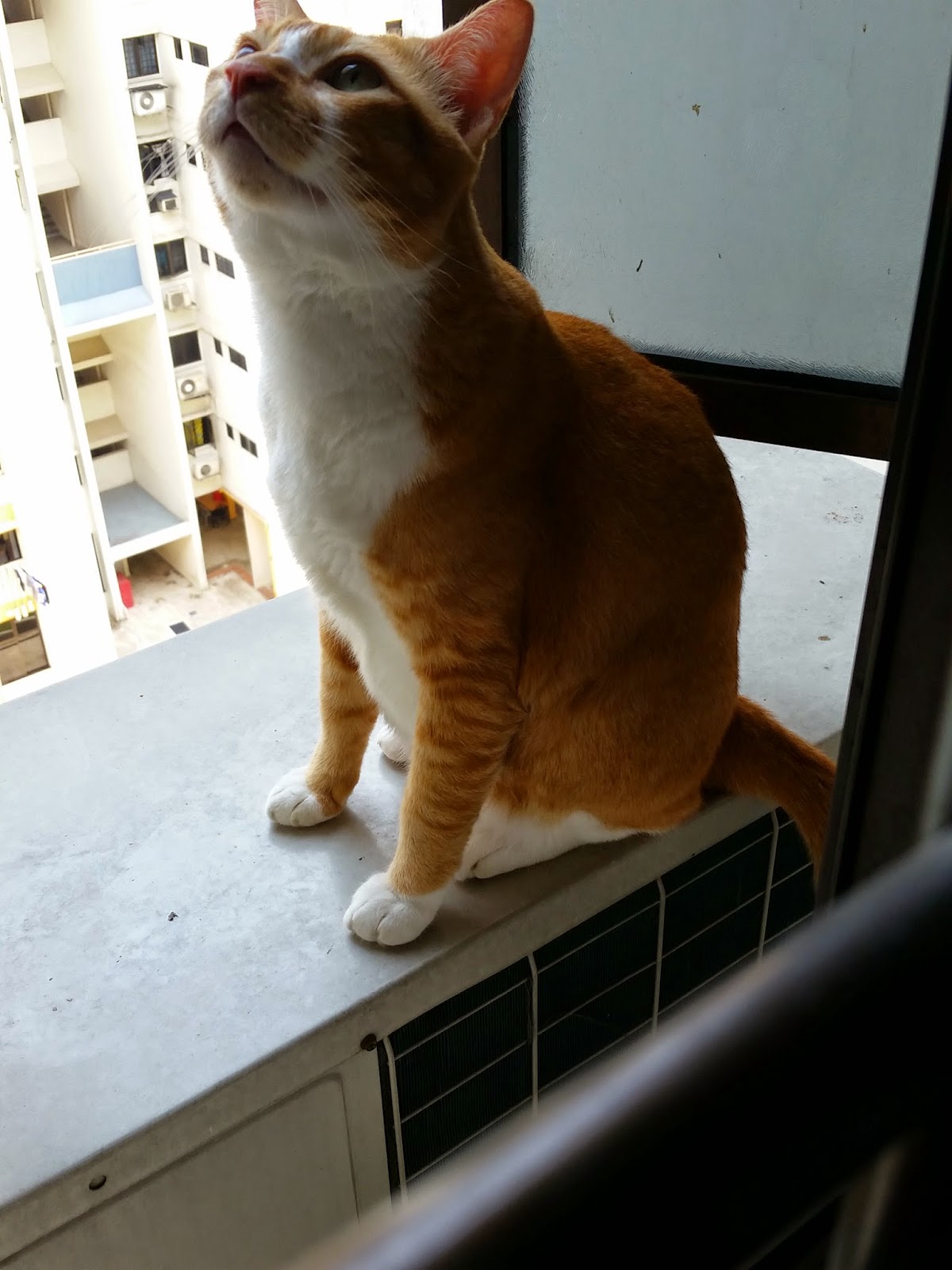 He looked up and I managed to capture this moment.
I think he looks really good here. ^^
#iamaproudmama 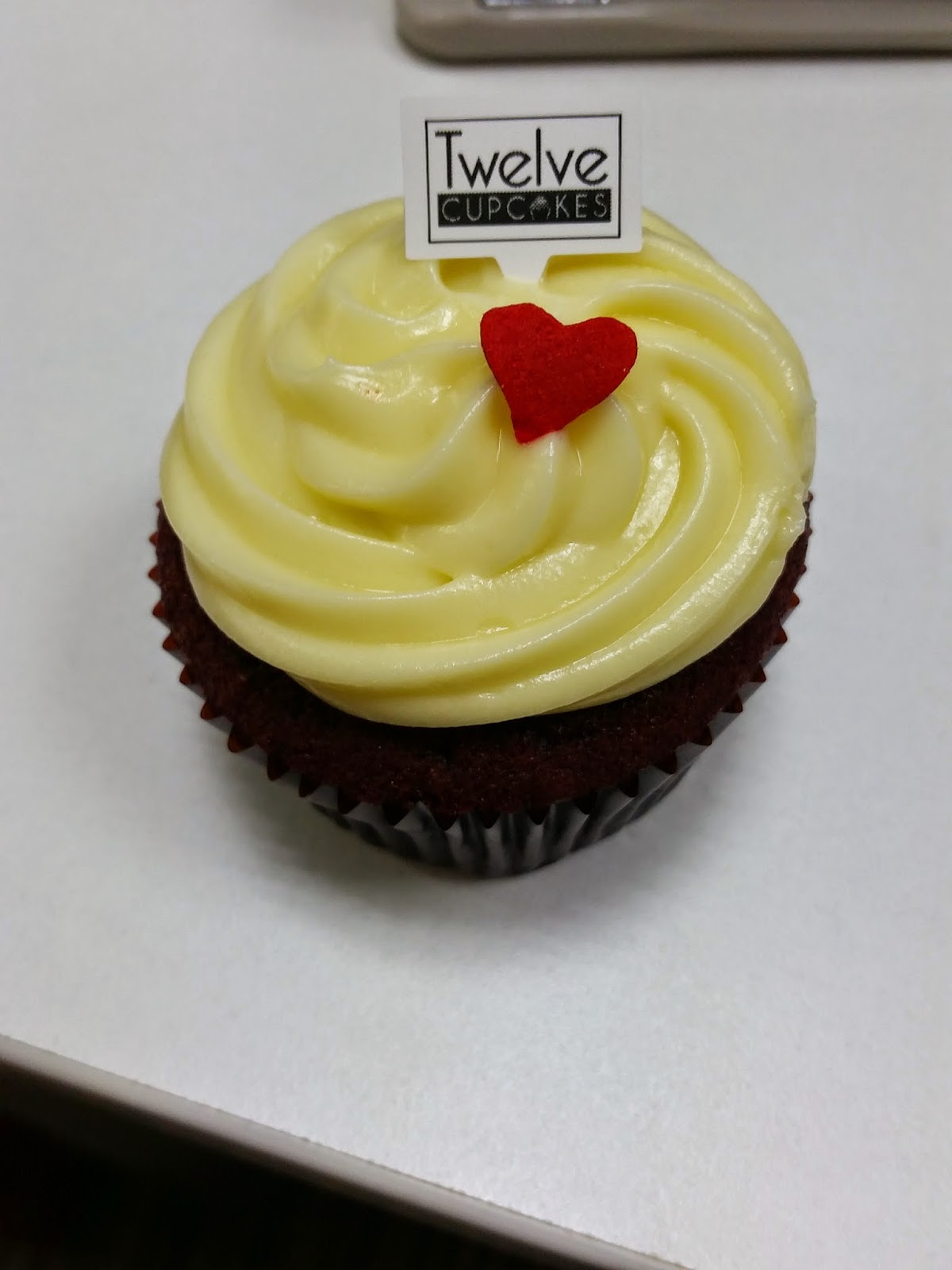 Last week in the office is really tough.
I didn't get enough sleep, was tired and cannot focus at work.
My boss was stressed up and he was more demanding than usual.
As mentioned on my Instagram account, when I'm stressed, I craft and if I can't craft, I do Candy Crush.
This time round, even candy crush can't do the trick.
Thank God for a good ex-colleague who offered me a cupcake from Twelve Cupcake.
Choc Red Velvet Cupcake. That sure did the trick! Ha ha...

Well, this is an update from me! I will still be busy making cards in the next coming months...

I hope you did something happy today...

Dreamy C
Posted by Callie at Wednesday, October 01, 2014 No comments: