Little one, today we're going to talk about the Emperor Penguin. Let's begin... 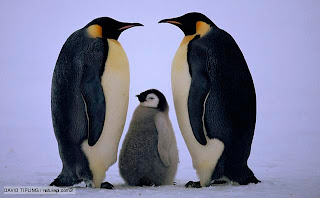