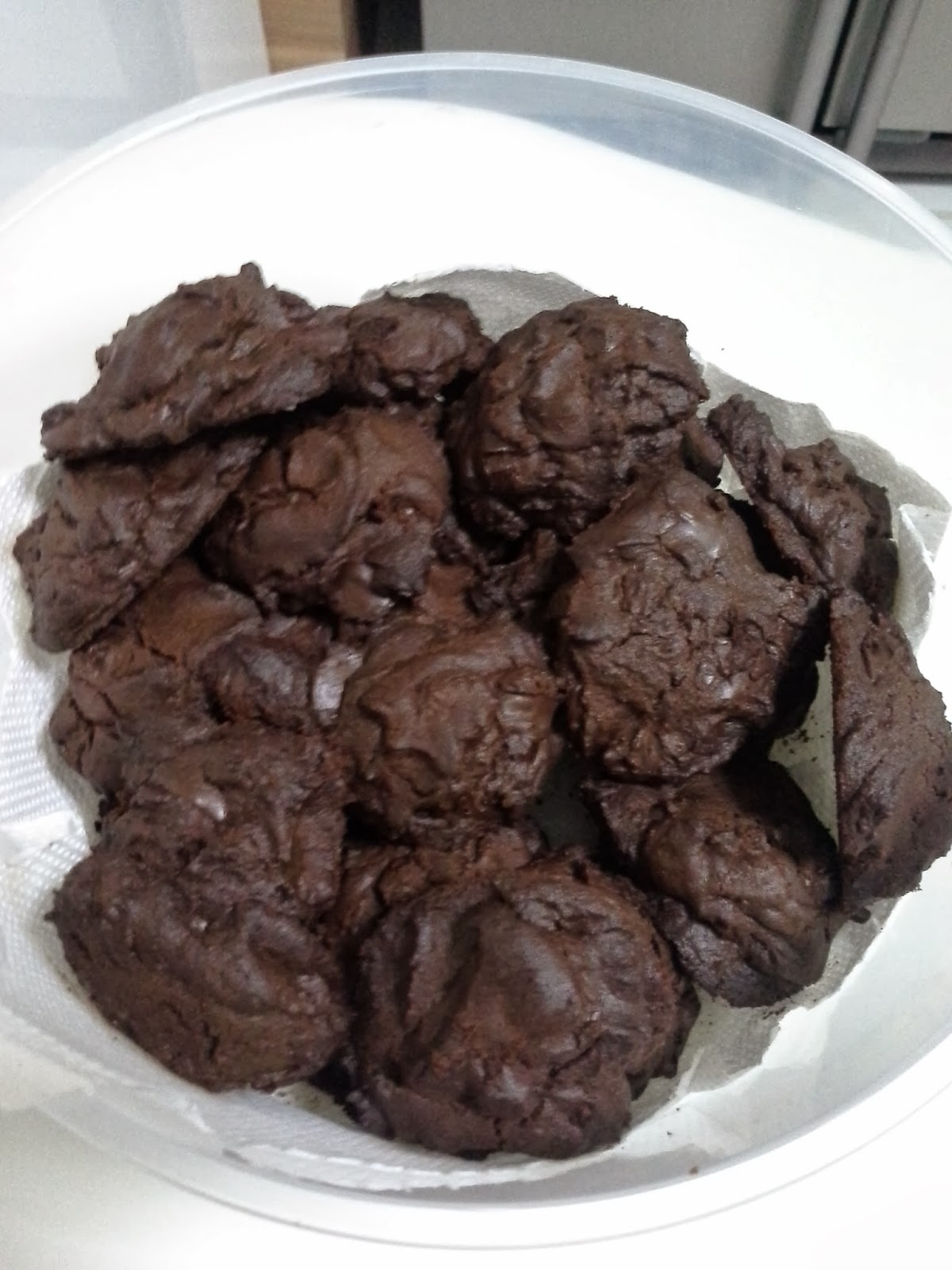 It might not look as appetizing but it tasted not bad… It was my 1st attempt after more than 10 years of not baking. Anyway, I let my office neighbours try and they say it’s not bad. The recipe which I obtained over the internet is a bit out of whack. It actually had a repeat of salt under the ingredients section. The temperature is also a bit strange. It calls for 2000 C. Fahrenheit or degree, either way, it seems wrong.  Anyway, I used my judgement and have it at 150 Degree Celsius and I baked them for 30 minutes, turning sides halfway. If you are interested, you can get the recipe HERE.
Note: I replaced 50g of flour with 75g Hershey’s Cocoa Powder. I also didn’t put in any chocolate. Instead, I put in about 225g of 60% Cocoa Bittersweet Choc Chips. 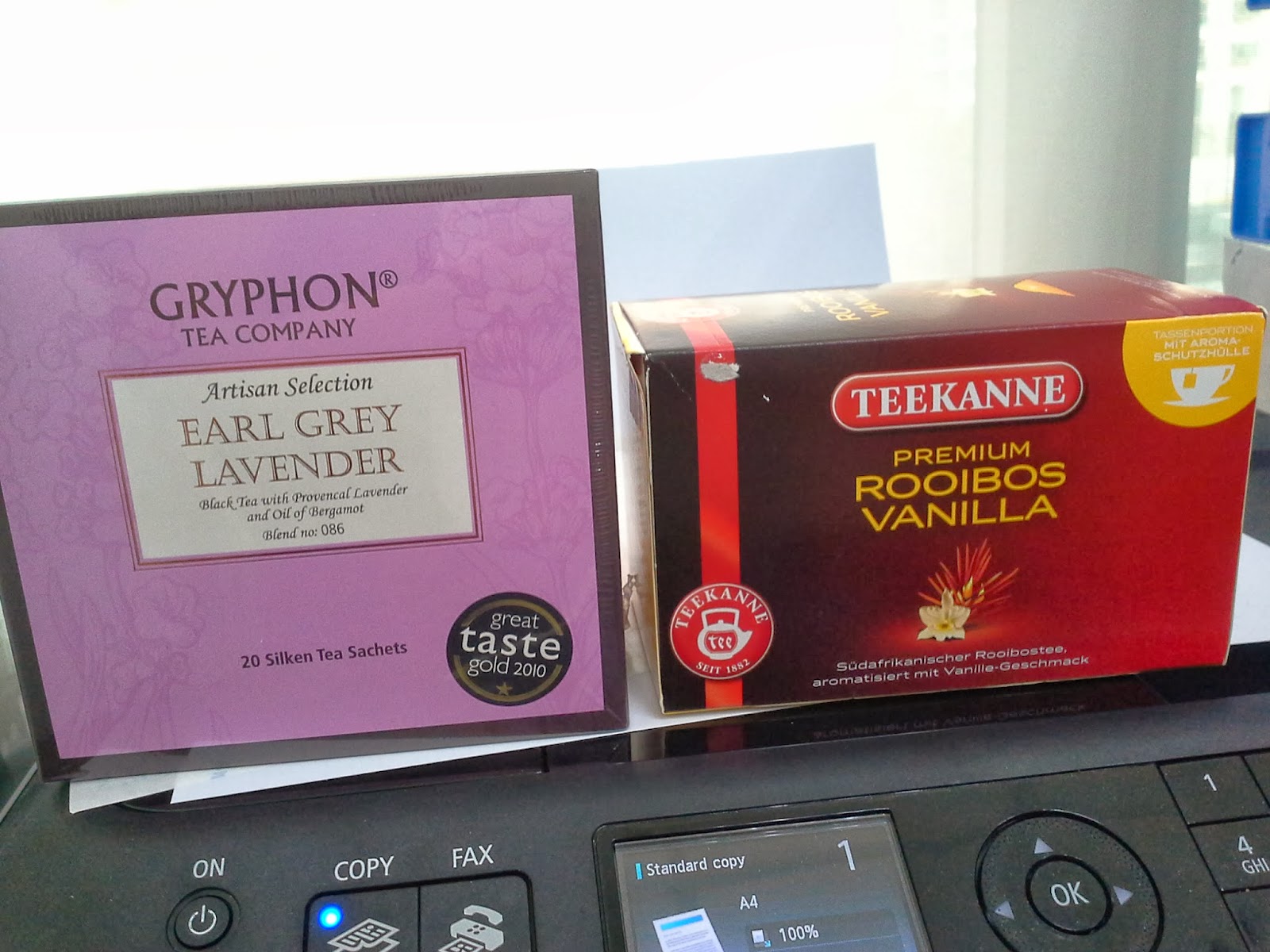 I made myself a cup of Earl Grey Lavender tea (brand: Gryphon) which I purchased from NTUC Supermarket yesterday. Other than this tea, I also purchased Rooibos Vanilla tea (brand: Teekanne). I made J a cup of Rooibos Vanilla tea and he said that it’s good but not as good as the one which we used to buy from Bunalun before they made changes to the tea. He said Teekanne is good but not as fragrant.
Just a note, for Earl Grey Lavender, Nymph of the Nile and Pearl of the Orient (teas by Gryphon), they sell at SGD15.80 per box (box of 20 sachets) and this is inclusive of 7% GST. These teas sell at SGD15.85 per box from Gryphon website and there’s a 7% GST which is not yet included. In other words, I’m trying to say that NTUC Supermarket sells them cheaper than Gryphon themselves. I wonder why…


Dinner last night was Chicken Salad Wrap. It’s just some shredded carrots, shredded lettuce and pieces of chicken breast with mayo. S (our helper) cooked a whole chicken (small) in the Airfryer (brand: Philips) last Sunday. So, she used the leftovers for last night’s wrap. It was yummy…  S just put some sea salt, thyme & paprika on the chicken and she put it into the Airfryer at 180 Degree Celsius for an hour. On and off, she opened the tray and turned the chicken. I don’t have a photo but the chicken tasted really good if not for the fact that it’s also salty. Next time round, S will go easy on sea salt. The Airfryer is good man… 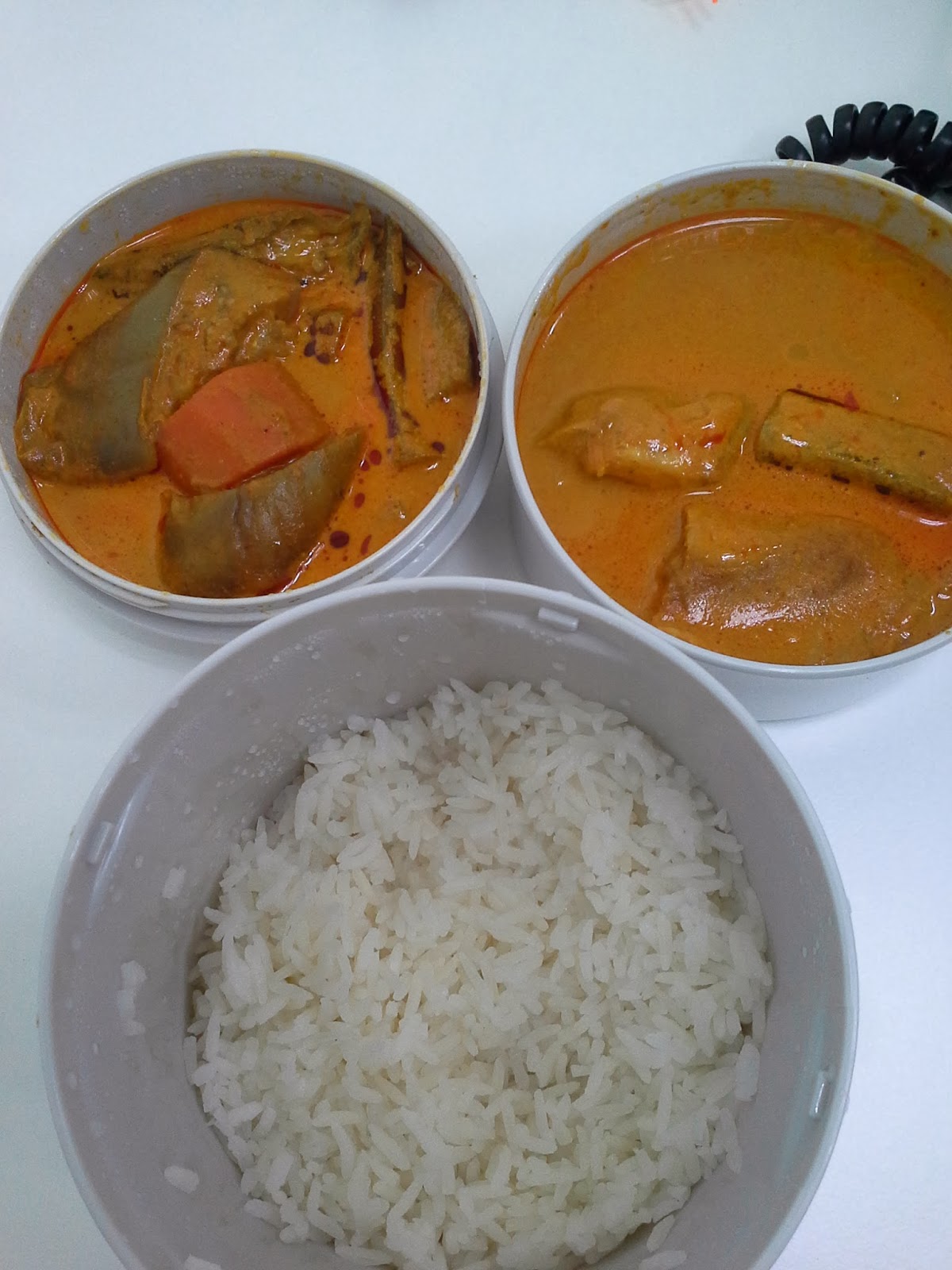 I always look forward to lunch. Talking about lunch, I need to plan my lunches for next week come this weekend.
Tea break will be a cup of tea with some Double Choc Chip cookies! I'm thinking of going for Tropical Passion as I would like to finish it.

It's pretty routine. After work, I'll have my dinner (Egg & Avocado Salad) and watch my Korean Drama tonight! I'll have to start doing my BSF homework tonight as I didn't touch it yesterday.

I hope your Wednesday is going well so far... Hey! It's mid-week!
Have a blast Y'all!!!