Ms. CL wanted to meet up as it's been a while since we last met and there's lots to catch up. She suggested Sukiya @ Bugis Junction. 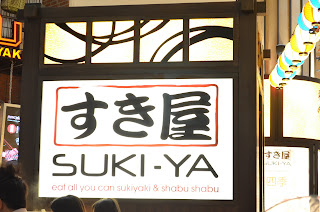 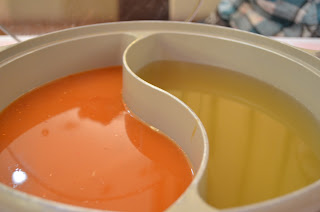 On the Left: Kimchi
On the Right: Shabu Shabu
They also have Sukiyaki. Kimchi isn't a good base for Steam Boat (SB). If you want, go for Shabu Shabu. It might taste bland at first but after cooking all the ingredients, you'll end up with a flavorful soup. Nice.
The Spread... 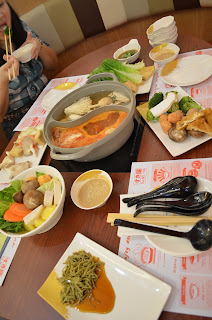 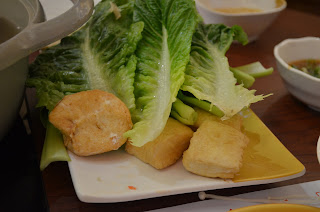 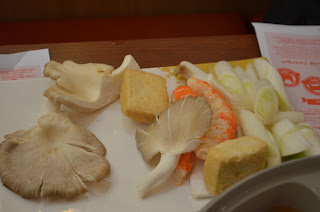 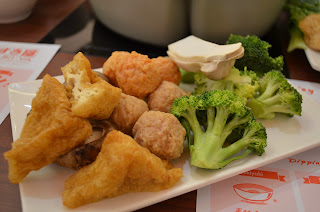 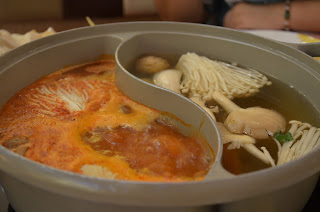 We ate lots. We ended up paying around $29.00 per person if I'm not wrong. It's slightly lesser than 30 bucks. Frankly speaking, I wouldn't patronize for the 2nd time. I've had better and cheaper SB before.
This was a bad experience. First, the SB isn't that great. The ice-cream doesn't taste like one. Second, the person who suggested the meet-up and place for dinner, did not turn up. What a turn off!
Dreamy C
Posted by Callie at Thursday, November 08, 2012