A Trip to the Mountain Top

Finally! Long awaited holiday even if it's a short one. A short break is better than none at all. Where to? A trip to our neighbour - Genting. I took Five Stars and paid $105.00 to and fro. Alright considering that it's nearing to a public holiday. Our coach is a double decked one and seats were spacious enough. There's a variety of movies available. Japanese, Chinese, English, movies for children and the list goes on. Take your pick! 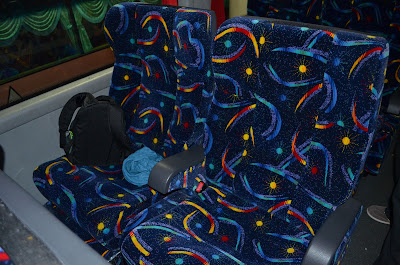 The bus took off at 9.40p.m. It's late by 40 minutes. Total of 2 stopovers, 1 at Yong Peng and another at a petrol kiosk in KL. The ride was bumpy. The stopover at Yong Peng lasted for 30 minutes which is a good amount of time for a quick supper. However, I did not do that. Neither did my girlfriend - Ms. JH. Sleep was far more important.
We reached Genting round about 5 in the morning. I was dead tired as I didn't sleep well during the ride. Besides, I didn't feel fresh. My last shower was taken on a Thursday morning and the next one is not until Friday afternoon. Smelly smelly~~~ I was so grateful for that 2nd shower. I wonder how our soldiers tolerate the idea of not being able to shower for days during their training under the hot sun. It would have been a torture for me! But then again, they are guys. Boy am I glad I'm a female. I took a short nap from 6 plus and was up by 9.30a.m. Yes, no matter how tired, this is the most I can take. 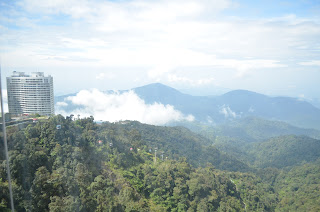 Scenery at the Lift Lobby 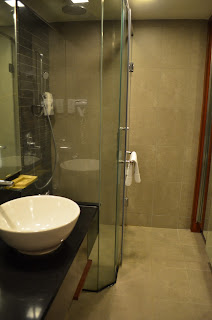 Standing Shower on the Left
On the Right, it's a wardrobe where both sides are doors. Meaning, I can have access to my clothes from the toilet or from the pathway leading to the beds on the other side. Get it? 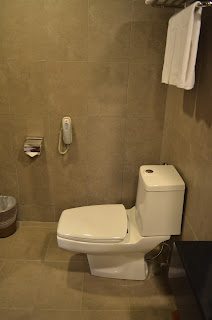 Toilet on the Other Side 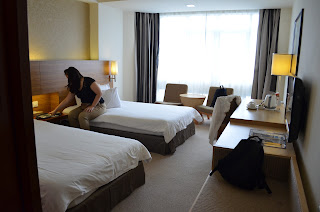 Our Beds
Super Single - Nice
Hotel was clean and basic. TV is small but still manageable. I paid RM315 for a 3D2N stay. Needless to say, Ms. JH paid for her share too. Hence, it's RM315 per night. I'm sure it's cheaper during off-peak season.
Having read a bit about the food in Genting, we went for our breakfast at The Bakery. Initially, we wanted to have some Dim Sum @ Restoran Good Friends (yah yah I know... what a name) but it was too crowded. Our queue number was 58 when they are seating number 40! 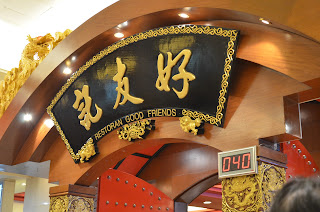 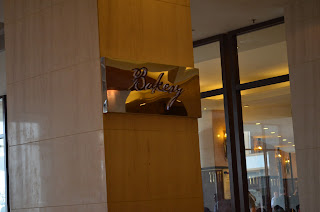 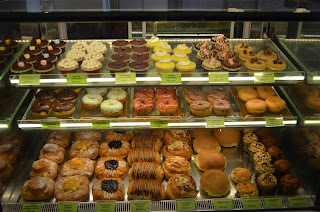 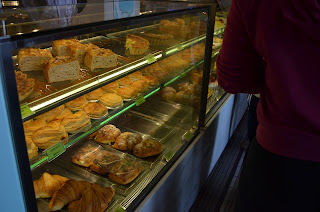 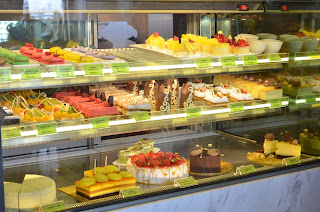 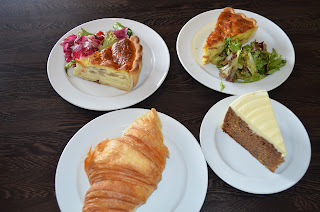 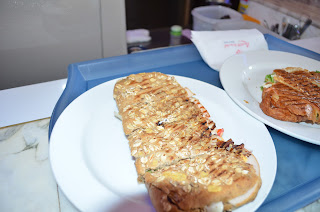 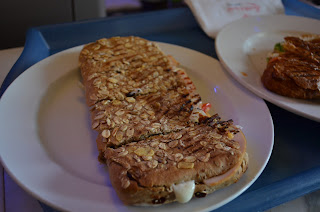 This one, I don't remember what it is. It's pre-prepared.
I like the filling but not the bread. 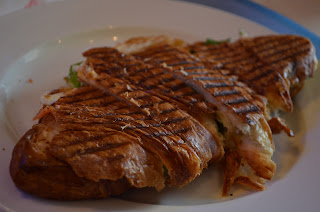 Another one we bought. It has salmon.
I like the bread but not the filling.
I find them stingy on the filling for this one. 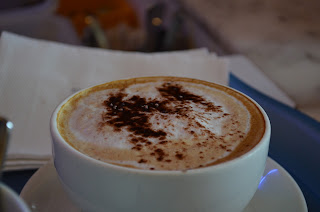 Cuppucino for Ms. JH's parents. Looked nice.
They said it's not bad. They're easy-going people. Not fussy at all.
This cost RM100 plus. I wonder if I remember correctly. All I can say that for a breakfast, this ain't that bad after all. Even if it really cost RM100, I would go back again and again.
Stay tuned for Part 2 of Day 1!
Dreamy C
Posted by Callie at Thursday, November 01, 2012

Email ThisBlogThis!Share to TwitterShare to FacebookShare to Pinterest
Labels: Holidays