Little kiddo, let's talk about Chinchillas as Aunty here is thinking of keeping one but not now as my current situation doesn't allow me to. Maybe in the future. Just maybe... 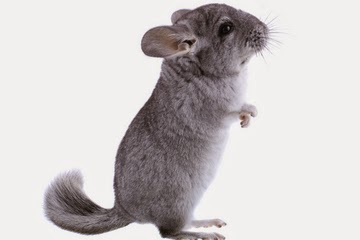 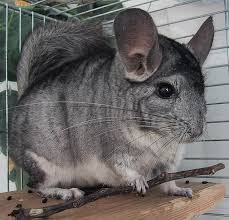 Can't figure out still? Carry on reading then...

Chinchillas are rodents that are native to the Andes Mountains of northern Chile. Often kept as pets, chinchillas are also prized for their luxuriously soft fur and were nearly driven to extinction because of the demand. 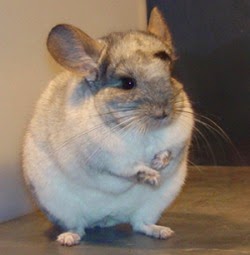 Chinchillas are related to guinea pigs and porcupines. With short forelimbs and long, muscular hind legs, chinchillas resemble rabbits, but their ears are much shorter and rounder. They have large, black eyes and bushy tails. They have four toes on each foot, and the thin claws on each toe are surrounded by stiff bristles.
Chinchillas are typically 9 to 15 inches (23 to 38 centimeters) long, but the tail can add another 3 to 6 inches (8 to 15 cm) to their length. They generally weigh 1.1 to 1.8 lbs. (0.5 to 0.8 kilograms). 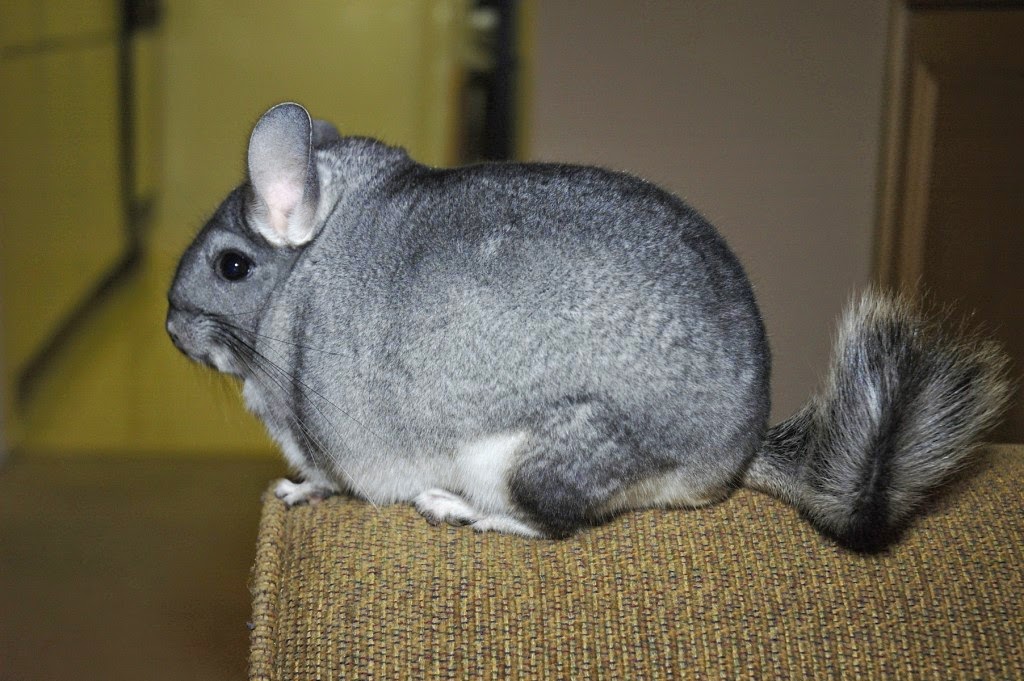 They are very social and live in colonies that consist of hundreds of chinchillas. Females tend to be aggressive toward other females. When females are ready to mate, they can also be aggressive toward males, and are the dominant of the two genders. Females are mostly monogamous; they have only one mate throughout their lives. Males, on the other hand, can have many female mates. This is especially true of domesticated males. Often, one male is bred with many females to create many offspring to sell.

Once a female chinchilla becomes pregnant, she will carry her young for about 111 days before giving birth. Females have babies twice a year. Each time they give birth, they will have one to six babies. These groups of babies are called litters. Individual babies are called kits.
Newborn kits are born with hair and with their eyes open. They weigh only 1.2 ounces (35 grams). The babies nurse for six to eight weeks, and when they're about 8 months old, the babies are ready to have offspring of their own. Generally, chinchillas live eight to 10 years, though some have lived as long as 20 years. 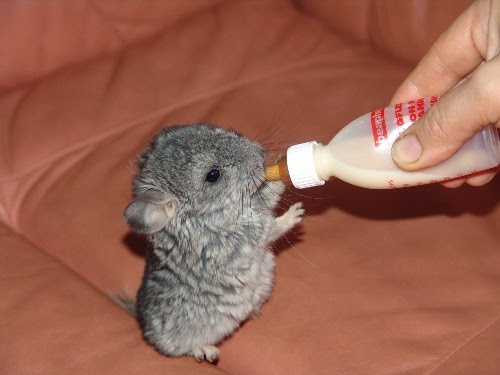 To stay clean, these rodents give themselves dust baths. It is recommended that domestic chinchillas take dust baths once or twice per week in fine volcanic ash that can be purchased at pet shops. 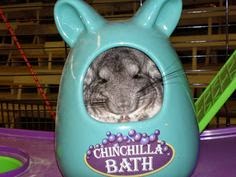 They cannot live in hot countries unless if you switch the air-con on 24/7. The max. temperature is 25 - 27 deg C. Higher than that, they will most probably suffer heat strokes and will most likely die. They are nocturnal creatures and lots of time has to be spent playing with them.

They also don't trust easily. It takes lots of time is all I can say and they definitely don't do well with young kids since they get terrified easily. Remember they are a prey in the wild. They are also known to be very intelligent. If you manage them really well, you can even hug them! 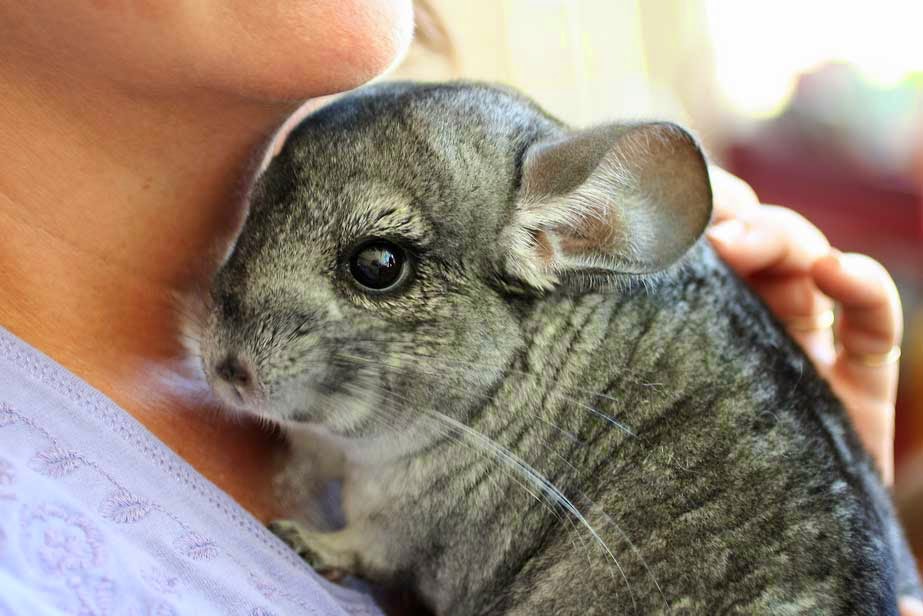 Having said so much, let Aunty show you which colour I like. ^^ 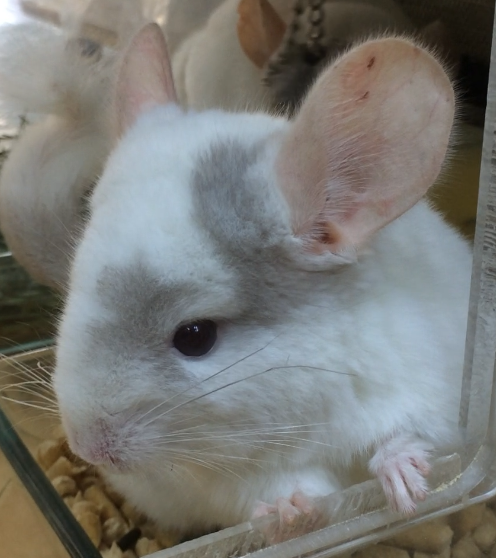 This one cost SGD3K in Singapore!

Let me leave you with a funny looking photo... 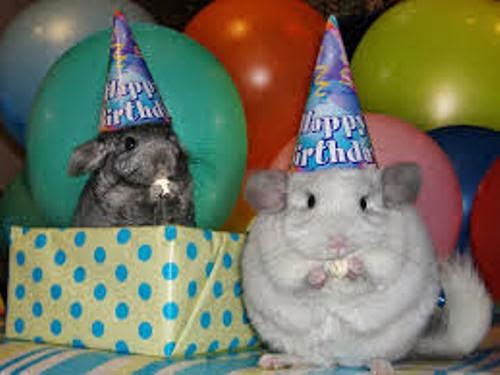 Still can't figure them out? Ask Mommy to bring you to Pet Lovers Centre near Esplanade station. ^^

Have a great day ahead little kiddo!