WOW Medication for Cough with Phlegm

It started off with a nasty cold and a just as nasty cough with thick yellow phlegm.
I took lots of Chinese medication like Chuan Pei Pi Pa Gao (something with Chinese herbs which soothes the throat) and lots of mint sweets.
It didn't work! I was also stubborn and wouldn't go see a doctor.
There's some medication at home and my helper has been asking me to take it but I refused.
I thought the body can heal on its own. Time is all it needs.

2 weeks later, I can no longer tolerate. My cold's gone but the phlegm persisted though it is no longer a thick yellow.
I gave in and took medication from home last night and I felt better instantly! I kid you not. It taste sweet initially then bitter. Right after taking it, my throat itch less and I didn't cough as much through the night while sleeping! I took it again this morning and I'm feeling much better. I no longer need to reach out for that mint sweet. I intend to take it again after lunch today.

This my friend, is what I'm talking about... 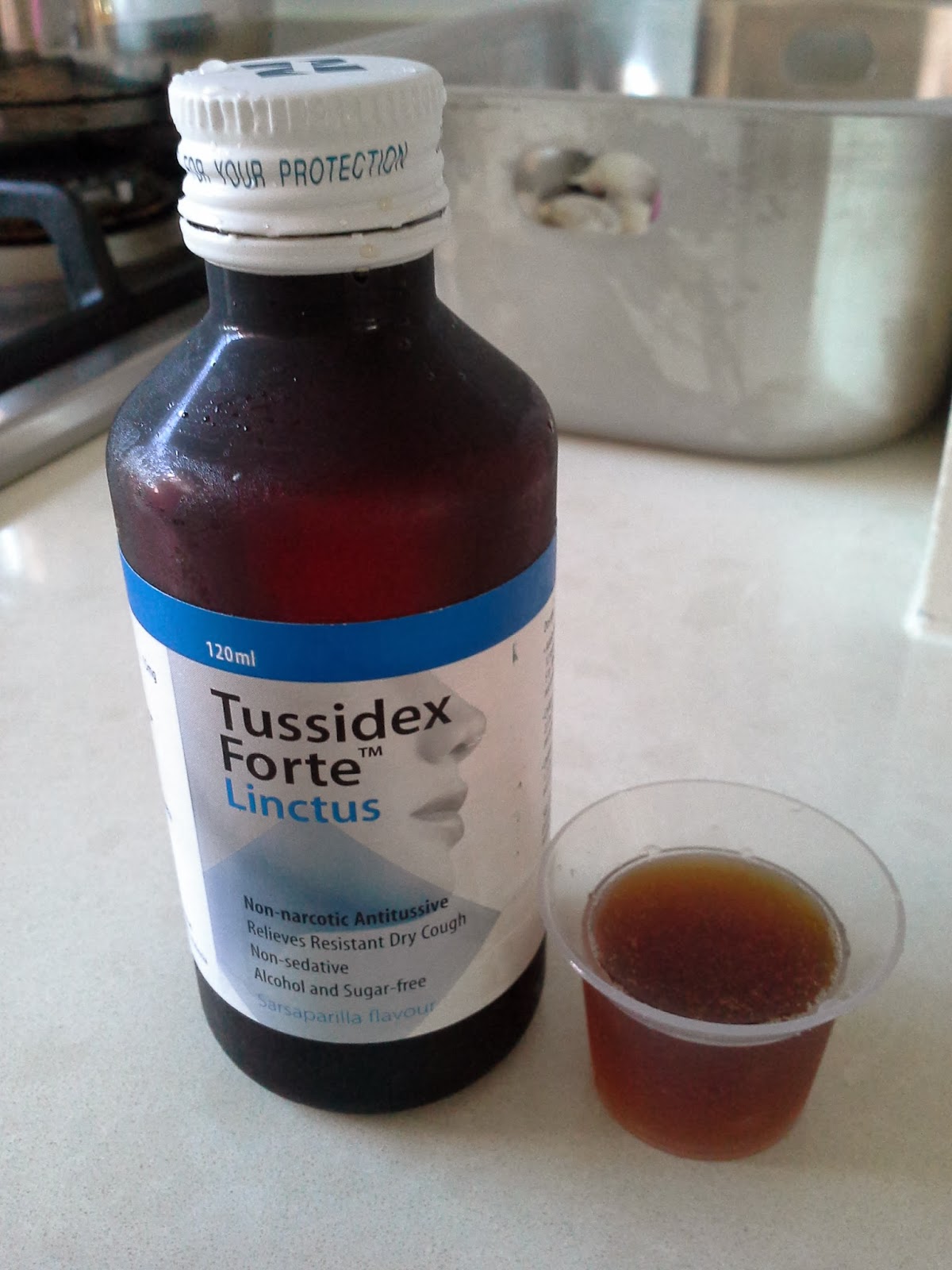