As mentioned in recent post, I went to JB for some Fish Head Curry. It's at a eatery named Kam Long Restaurant. 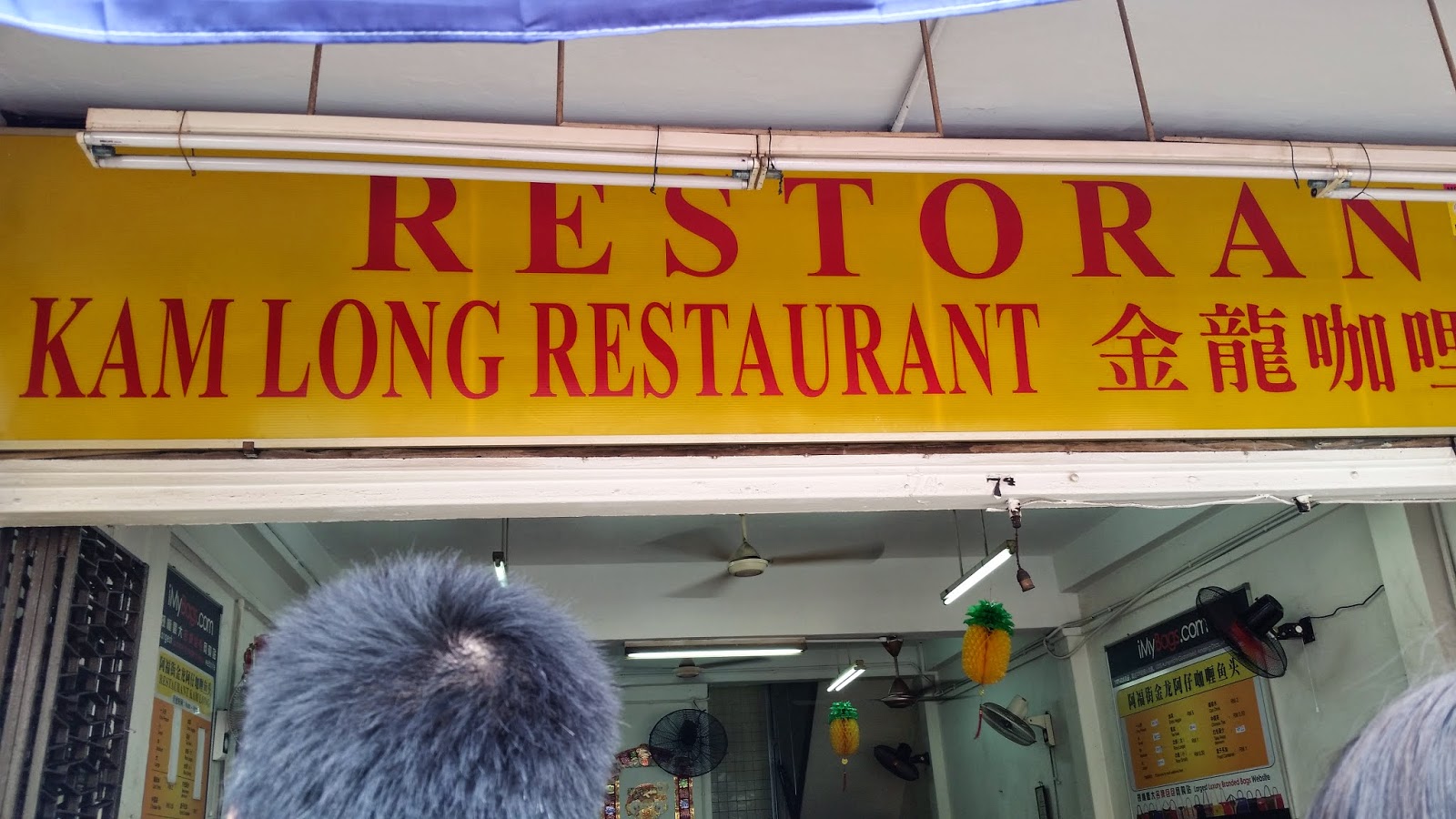 This is e eatery. Crowded. Queue moved really fast though...
From City Square, exit May Bank which is where the office units are. Walk across to Jalan Wong Ah Fook. Go straight down and within 5 mins of walking, you are there! 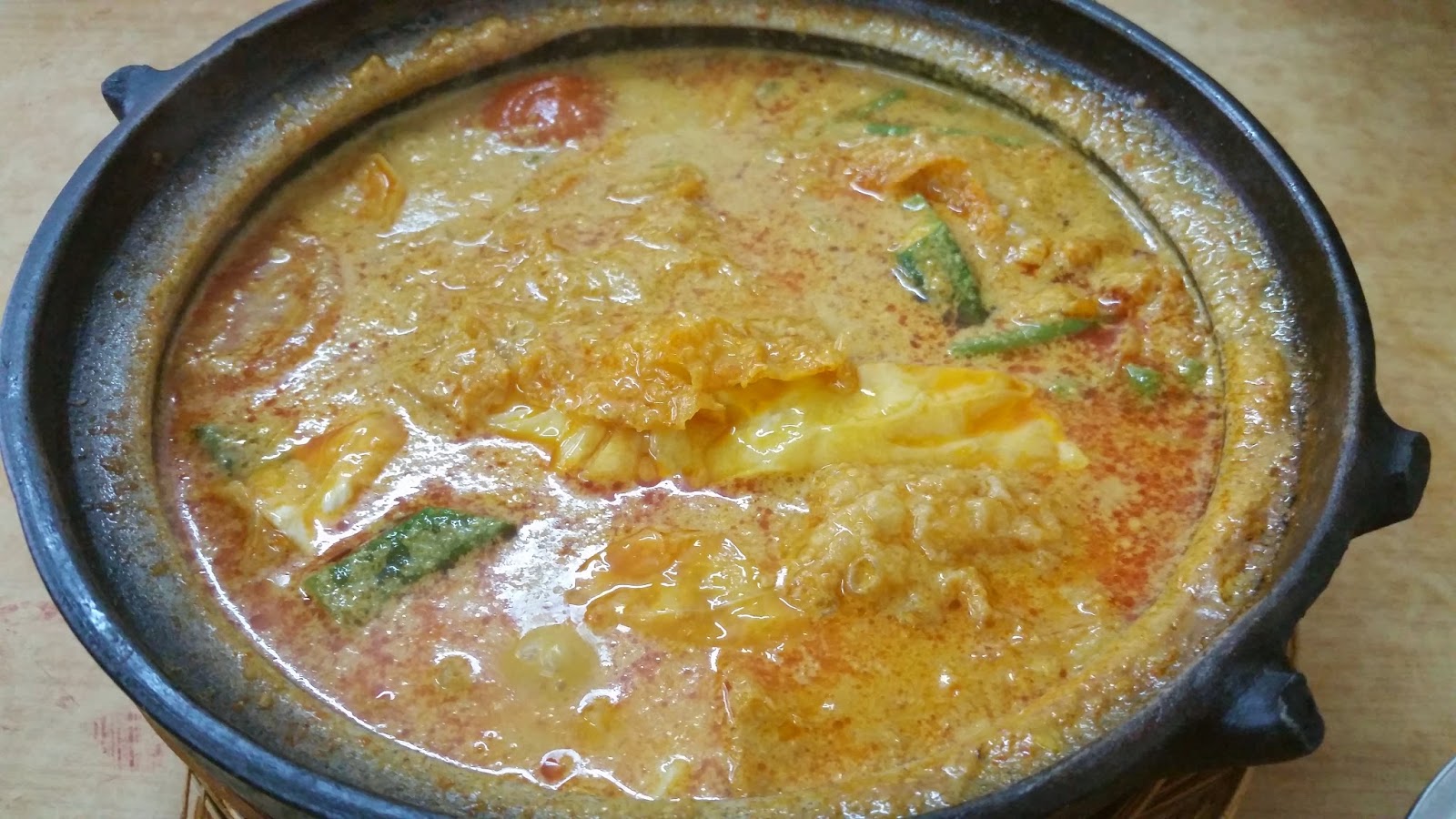 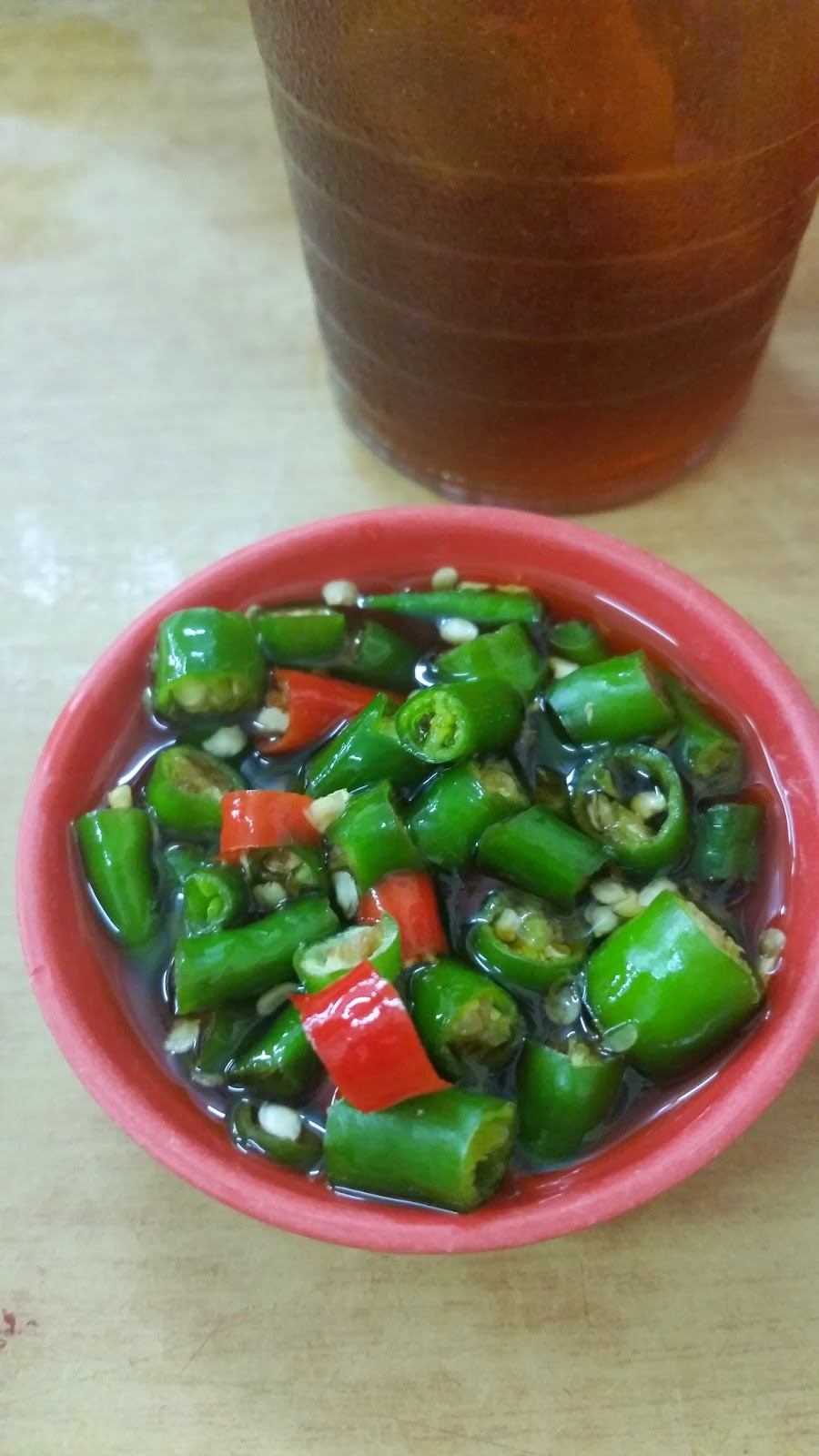 Had to have chilli padi. I dare say they aren't spicy at all! 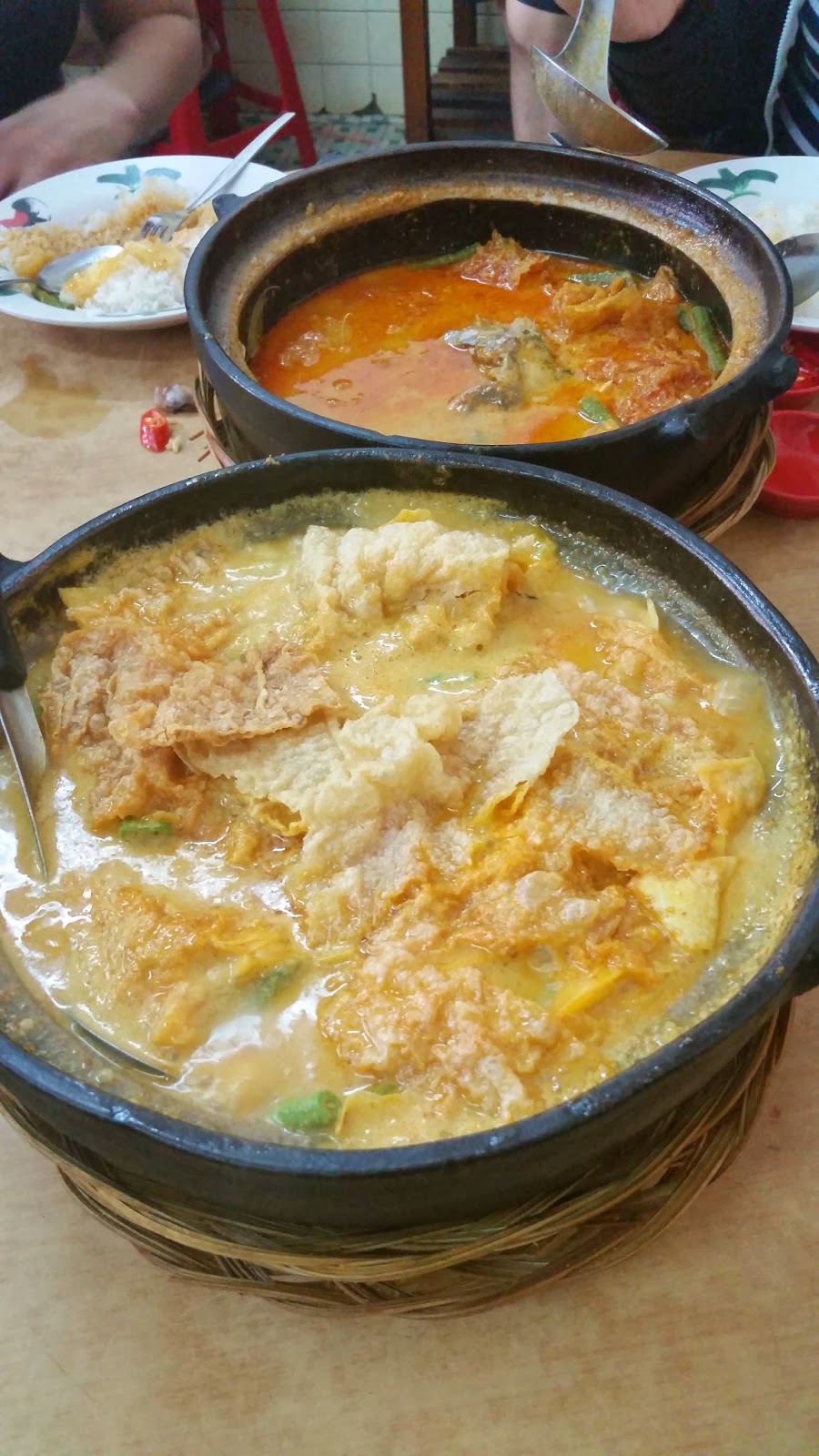 The fish head arrived 1st which is at the top. It came really fast as our order was taken while queuing for a table. Talk about efficency!
The gravy turned redder as time passes. The fish tail came slightly later. While queuing, I saw how they removed the fish scales and thought they did a shitty job as it was fast and don't look thorough. Boy was I wrong... Not only is there no fish scales, they were fresh, meaty and soft! Love! My only complain was that it ain't spicy enough for me. Oh well, it serves ALL kinds of customers. Even those who can't take much heat... I don't mind going back there! Nice curry! 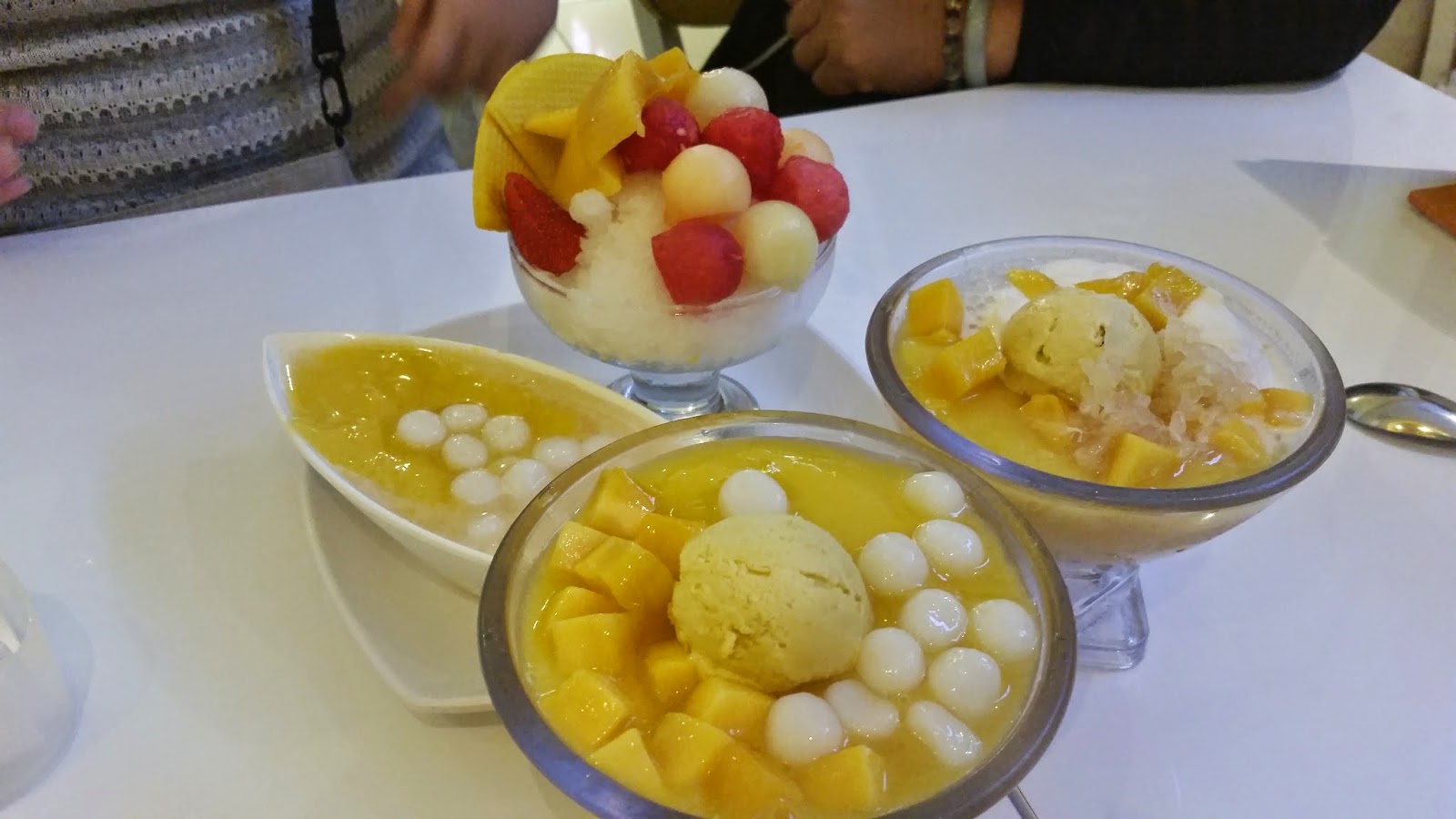 We spent the rest of the day in City Square. Had desserts at one of the stores. Don't remember the name. I think it's called Huai something or Hai something.

That pretty much summed up my Sat!
Too tired. On our way to JB, the queue at Malaysia custom was insane. Waited at least 40 mins for our turn!

I intend to treat my tired feet to some massage tomorrow!
Have a great one Peeps!