Whoo hoo it's a Friday people!!! I'm so happy as I need a break... There's a public holiday this week and another day where I didn't go to the office (I was out working) so technically speaking, I only worked for 3 days. Still, I felt tired... =( I've also not touched my homework for BSF and DFG. I smell trouble lurking near...

J told me yesterday afternoon that he wants to have sushi for lunch the next day. Hence, I knocked off an hour earlier to go get some ingredients.

For breakfast, I had 2 x slices of toast with mayo and tuna flakes and a cup of chrysanthemum drink. Ever since BFF told me that I got to make it a habit to drink chrysanthemum in order for it to work, I've been doing that every weekday since. =)

Lunch for today will be sushi! I made a few versions. 1 version is with cucumber, crab and egg. Another is the same except I added tuna flakes mixed with Japanese mayo. I also made a version with egg only. I guess that's about all. I added some cherry tomatoes in another compartment of my bento box. The only thing lacking is Miso Soup. Oh well... 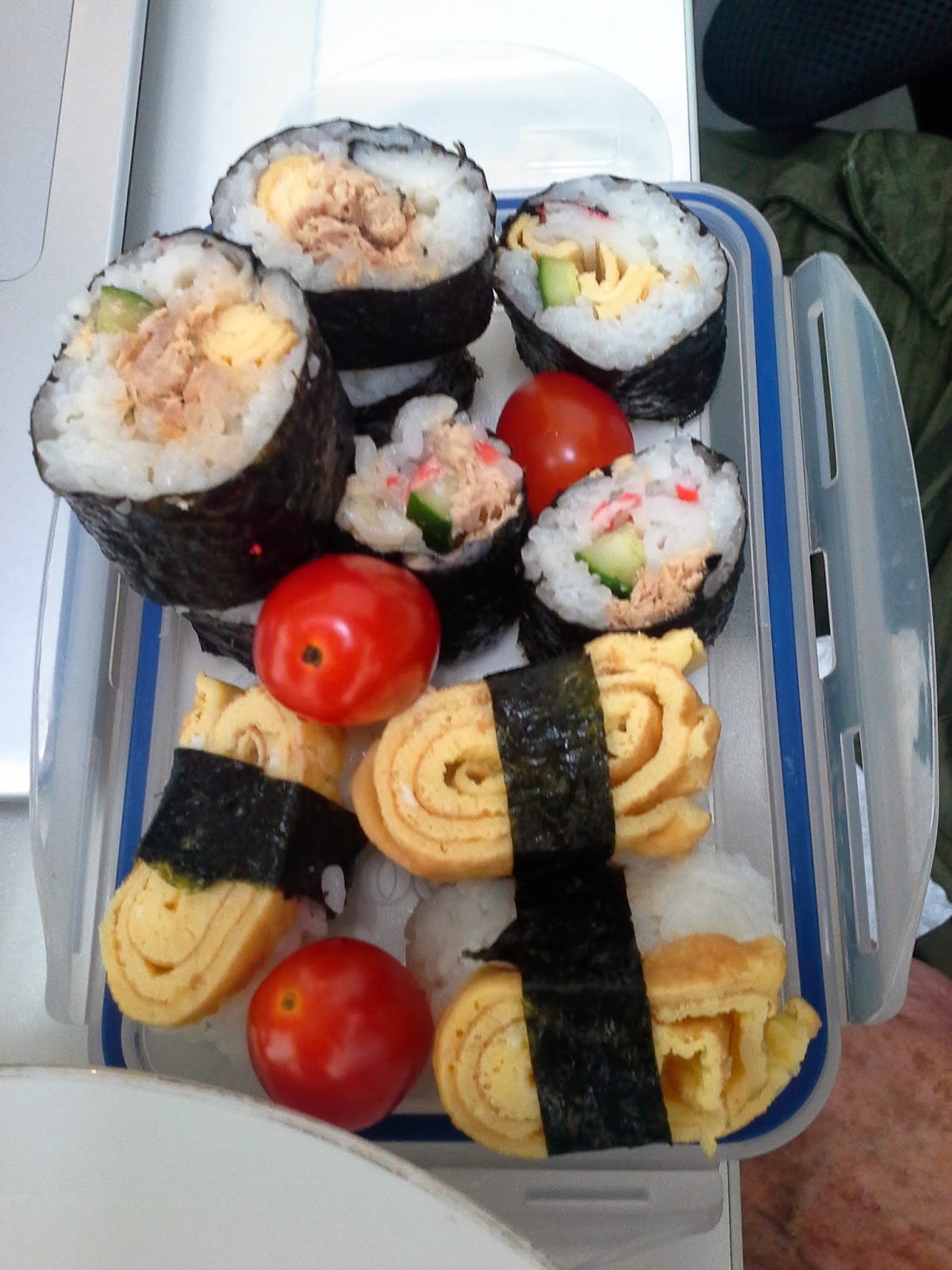 Dinner will be Japanese rice with roasted chicken and a couple of roasted potatoes.

Next time round, I'll include some roe, sesame seeds and probably sashimi into my sushi. There's lots of way to show your creativity. This morning, I'm 3/4 brain dead. I woke up 1.5 hrs earlier than usual to make lunch.

I'm heading out in the afternoon today and I intend to make use of the time on the bus to do my DFG homework. I'll be taking a bus ride home which will take an hour. I'll probably also take a bus ride from the office as well. I LOVE bus rides which takes a lot of time! =) As for my BSF homework, I'll have to do it later tonight or tomorrow. I've nothing planned for tomorrow except that I've to bring Horlick's tidbits over.

I've also managed to make 115 x Christmas cards for the company. I might proceed to make some cards for Deepavali later today. We'll see how my day goes...

I hope you have exciting things planned out for the weekend! Else, it's good opportunity to rest and power up for another week. =)