Hello people!!! A new start to another week!
This week will be a fast one for me as the kiddos are coming over on Thursday and we're going to bring them to the Botanical Garden which means NO WORK! Okie... I've the Blackberry so technically speaking, it's not 'No Work' but 'Less Work'. Ha ha... Less work is welcomed as well!

Last Saturday night, I attempted baking Pandan Chiffon Cake. It turned out nice except that it's not really a chiffon cake as it isn't light, fluffy and bouncy like the ones you buy from the bakery shops in neighborhood areas. The name - Pandan Cake would fit better. I'll do a separate post on the recipe later today.
Even though it's not light, fluffy and bouncy, a lot of people said that it's not bad, around 8 or 9 persons. I believe I'll make it for Friendship Sunday at my church on 30th March 2014! =)

It was good meeting up with the girls in my Discipleship Group (DG) yesterday. Well, when it comes to my faith, I'm attending DG classes which is like a follow-up after Baptism & Confirmation from the church I'm attending. I'm also attending classes conducted by Bible Study Fellowship (BSF) as I would like to learn more about the Word of God. I doubt I can squeeze in anymore as these 2 require discipline especially BSF so for now, I believe these will do.

Today's breakfast was a few cubes of Pandan Cake and 2 x cups of Tropical Passion Tea.
Lunch will be Chicken & Daikon Soup with Rice. Photo here! 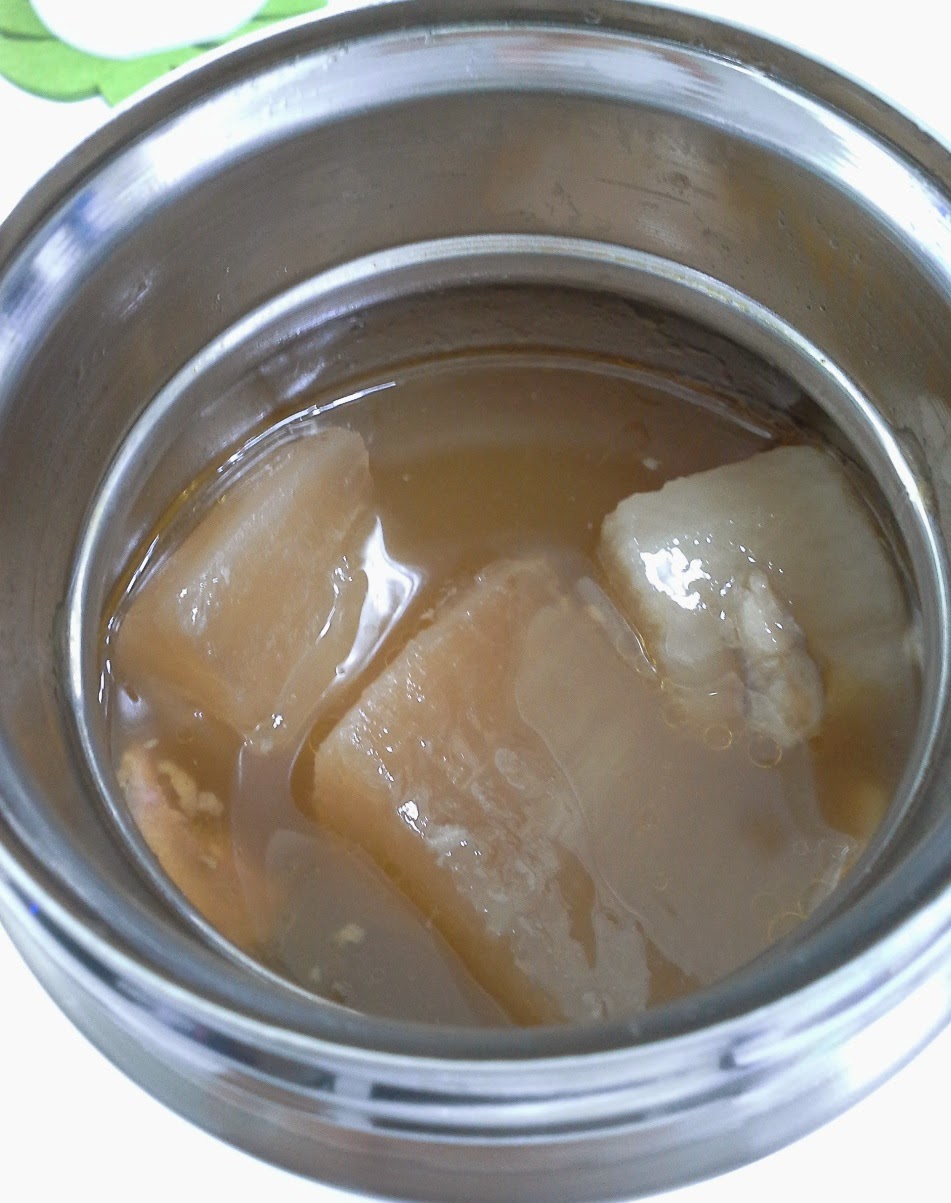 Dinner will be the same thing i.e. Chicken & Daikon Soup with Rice.

I also made a Christmas card last night. Yes, it's still along way to Christmas but since the company I work in requires 200 x cards, it's better to start preparing. Take a look! 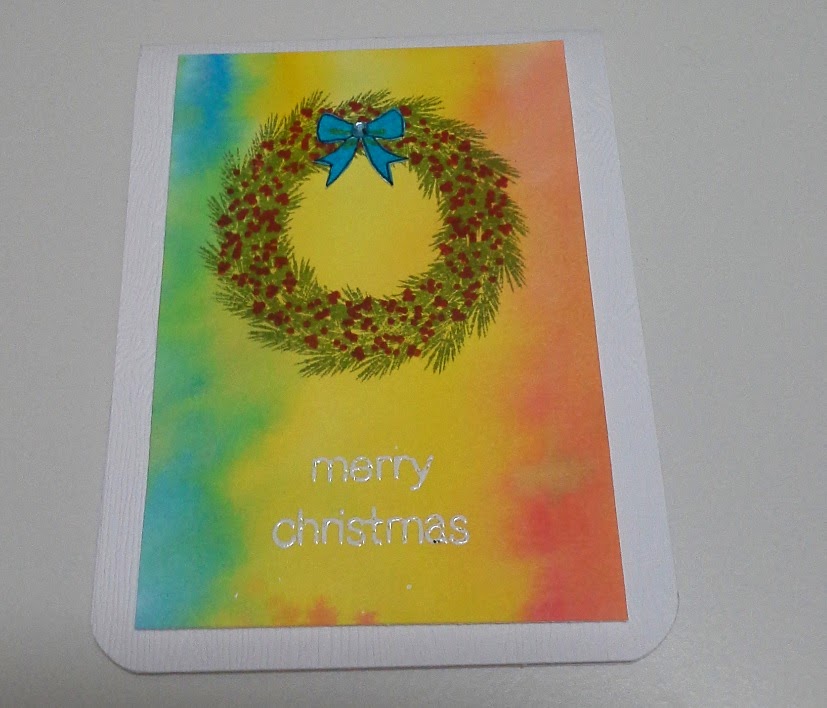 Have a blessed day!