My favorite kid is no longer a little one... =) We will talk about Kangaroos today! 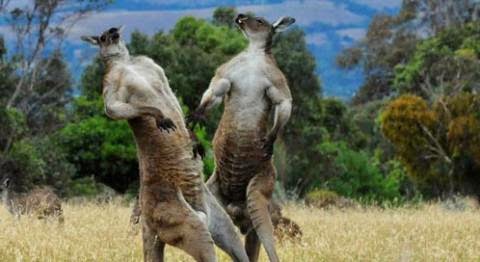 Kangaroos are grazing herbivores, which means their diet consists mainly of grasses. They can survive long periods without water. 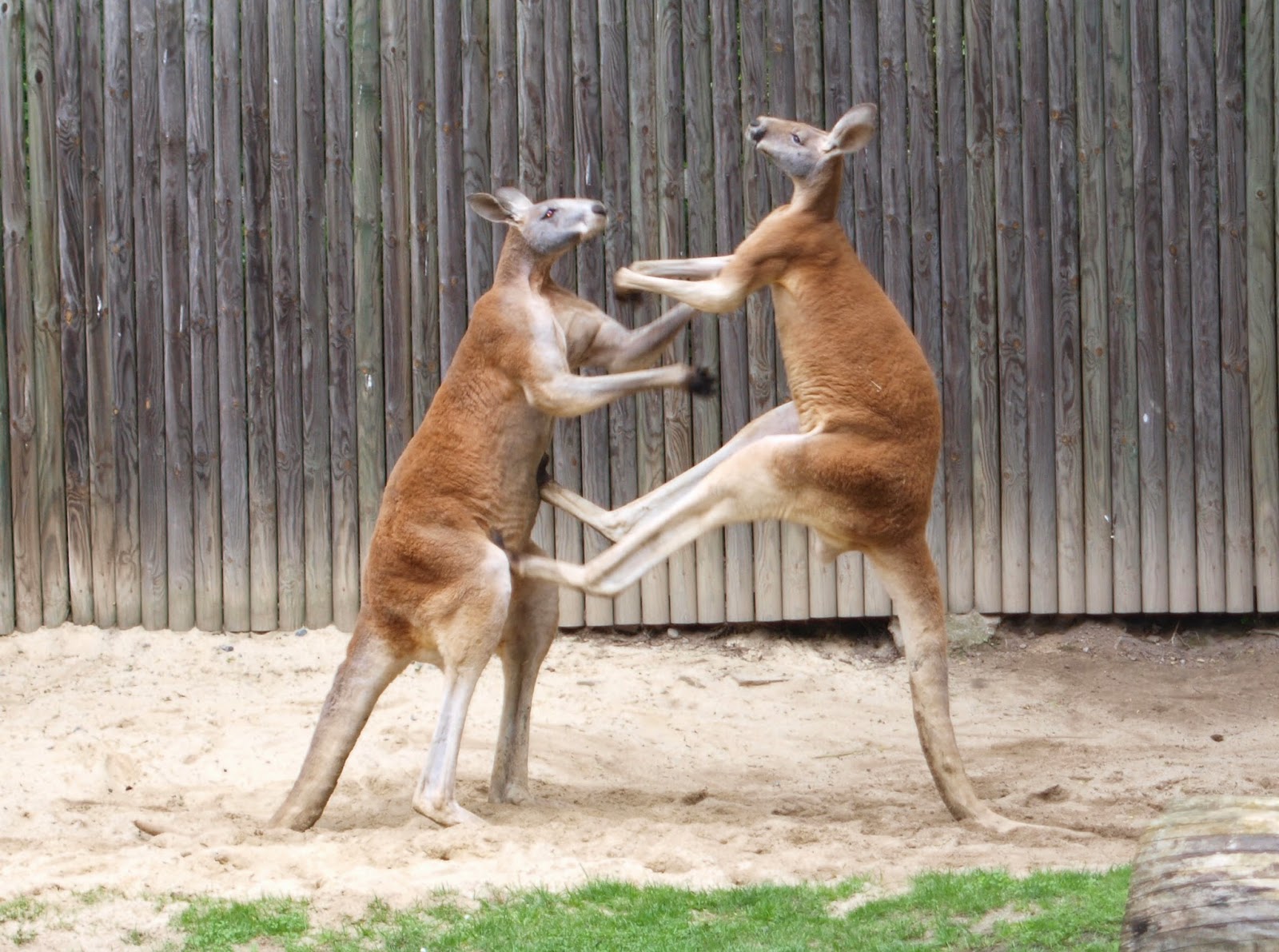 The Kangaroo is the national symbol of Australia.

Kangaroos are found in Australia and Tasmania, as well as on surrounding islands. Kangaroos live in varied habitats, from forests and woodland areas to grassy plains and savannas. 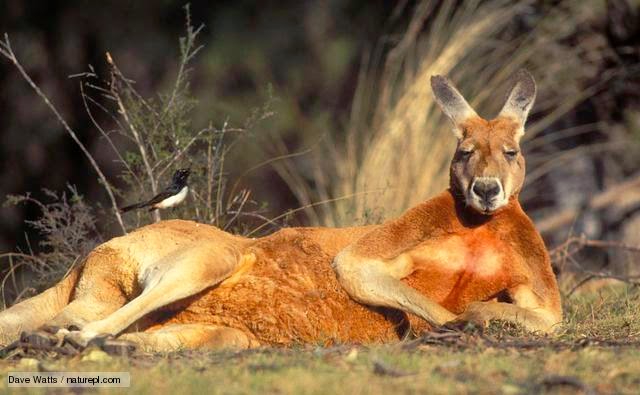 Kangaroos live and travel in organized groups or "mobs," dominated by the largest male. Male kangaroos are called boomers, bucks or jacks; females are does, flyers, or jills, and the young ones are joeys. The collective noun for kangaroos is a mob, troop or court.

Because of its long feet, a kangaroo cannot walk normally and they cannot walk backwards.
The red kangaroo is the largest marsupial in the world.
Kangaroos usually live to around six years old in the wild. 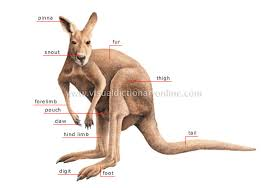 To move at slow speeds, a kangaroo will use its tail to form a tripod with its two forelimbs. It then raises its hind feet forward, in a form of locomotion called "crawl-walking." 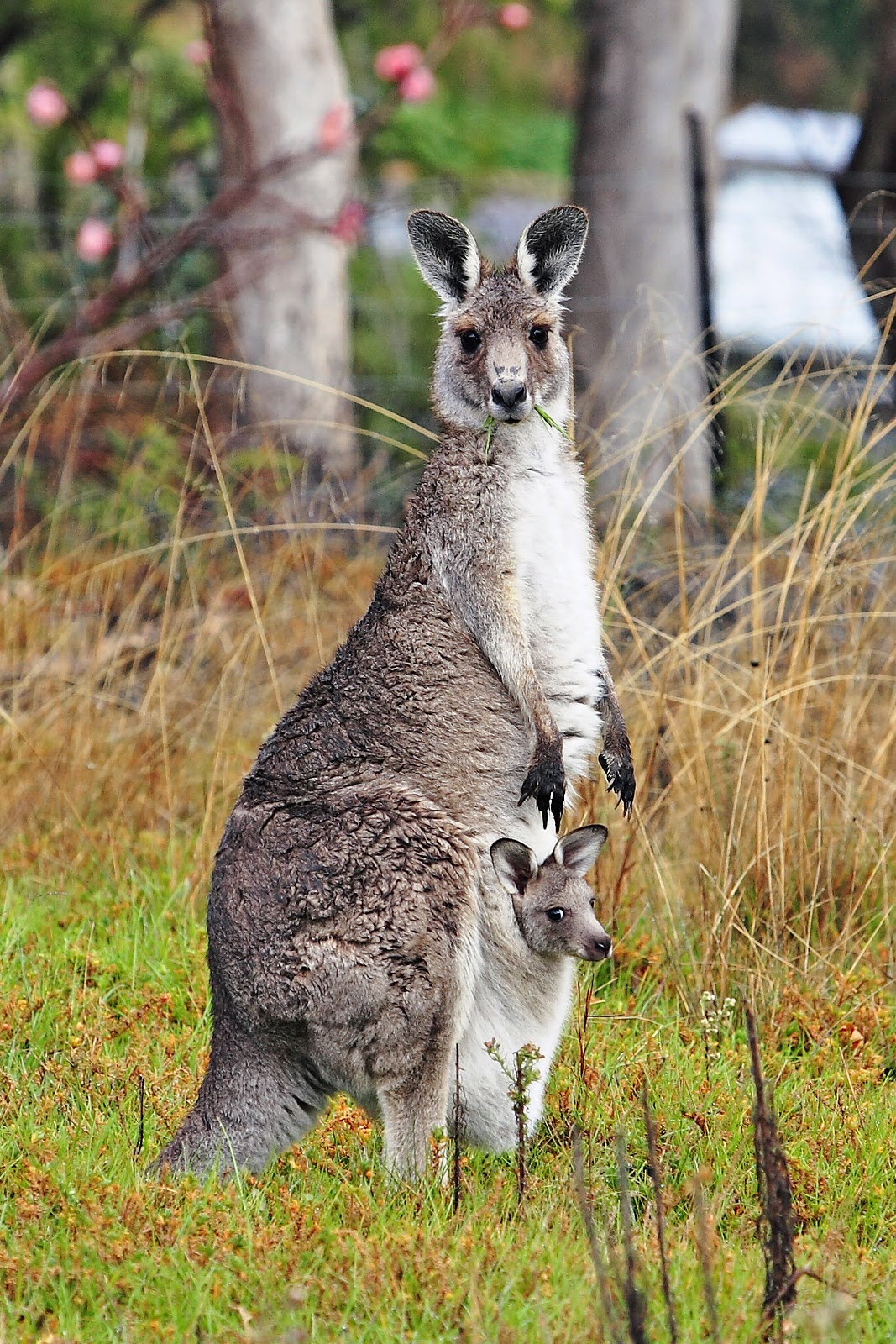 Usually, female kangaroos give birth to one joey at a time. Newborns weigh as little as 0.03 ounces at birth - as small as a lima bean! After birth, the joey crawls into its mother's pouch, where it will nurse and continue to grow and develop. Red kangaroo joeys do not leave the pouch for good until they are more than eight months old. Gray kangaroo joeys wait until they are almost a year old.