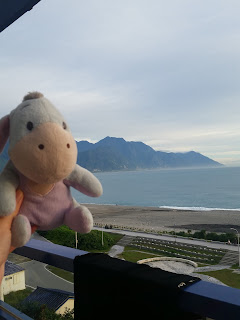 Wakey wakey... Eeyore up before 7AM, not early enough to catch sunrise. 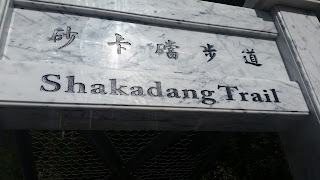 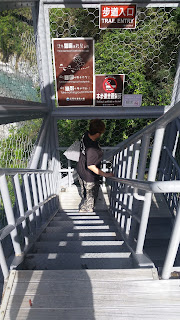 My donkey going down the stairs 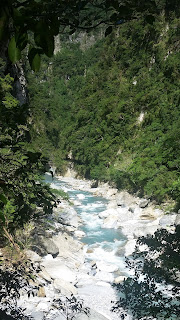 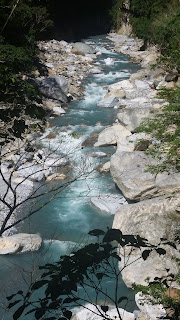 Look how blue the water looks 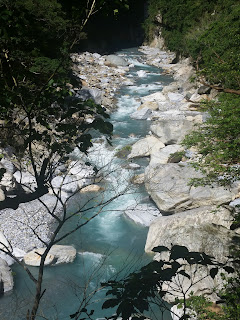 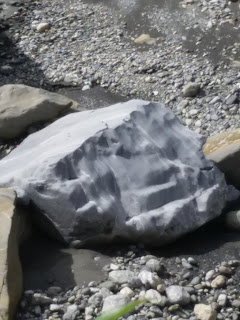 I love how Neil managed to take such a photo 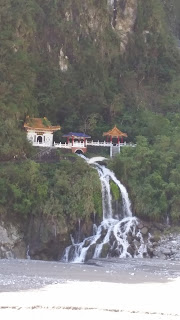 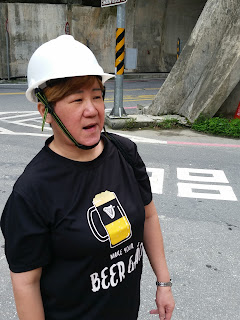 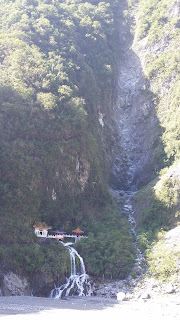 Due to Typoon earlier, we are not allowed to climb. What a pity!
Looking from afar will do for now... 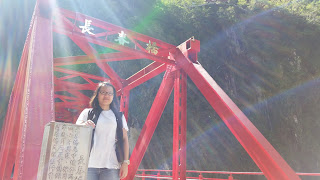 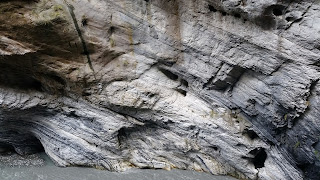 Swallow Grotto
Was told that there's no swallows in the holes anymore... 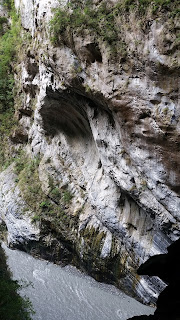 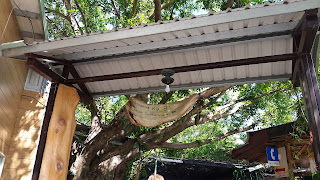 Went here for an Aboriginal Lunch 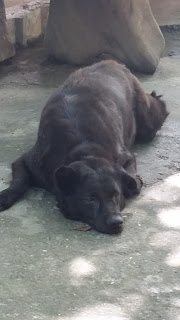 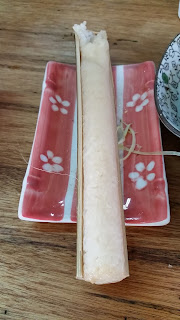 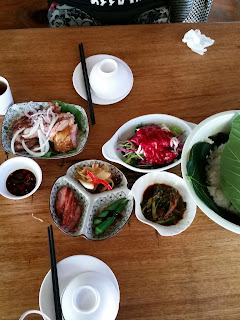 These are just some of the dishes.
I began eating and was so engrossed that I forgot to take photos of the rest of the dishes.
I thought this was nice until I had an even more delicious Aboriginal meal later... 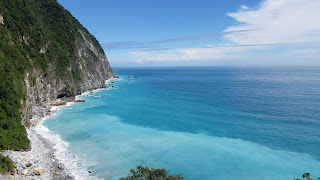 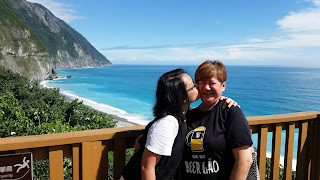 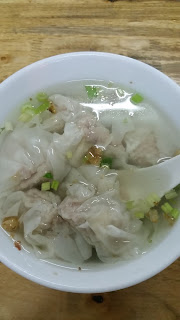 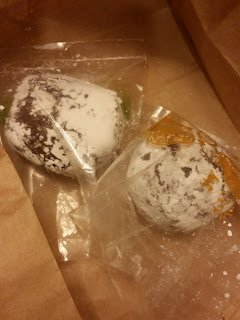 Neil bought these for us - Mochi! 1 in Yam and 1 in Peanut
We ate, love it so much and went for it again a few hours later 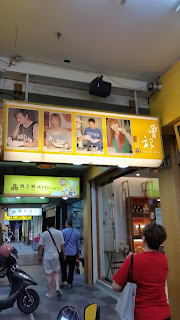 Brand is Zeng Ji, BEST Mochi I ever had!
I'm still thinking of them! 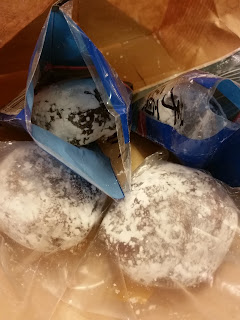 We love it so much, we bought 2 each for the both of us 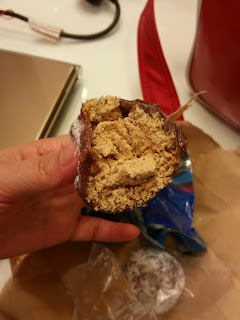 Look at the amount of peanut in 1 x Mochi! 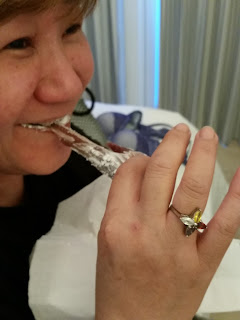 This shows you how chewy it is