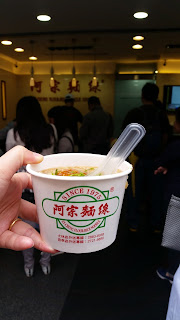 Day 4 begins with my 1st visit to Ah Zhong Mee Sua
Verdict - I simply cannot have enough of this! It is THAT good...
Now that I'm back home, I miss this whenever weather's slightly chilly here. I need to go back again! 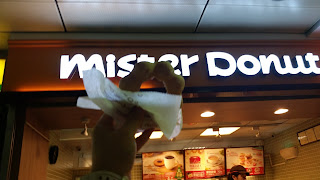 We head down to Taipei Main Stn next and I had my 1st try at Mister Donut.
I got the original one and it's chewy and nice. It would be better if it's warm. Still, good enough! 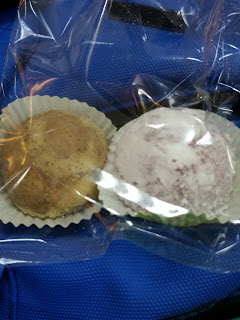 Mommy bought this from I-don't-know-where
I only know it's from Taipei Station
Tasted better than any mochi we've tasted so far but definitely not as good as the ones from Zeng Ji which I'm going to talk about tomorrow. 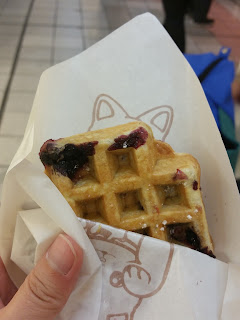 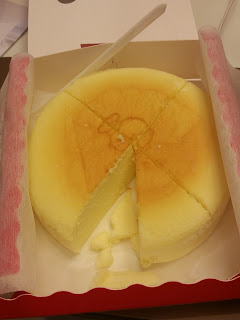 Uncle Tetsu Cheesecake
My 1st time trying even though there's an outlet in Singapore
Don't like it as it's not rich like a cheesecake should be.
Hence, I call this an imitation of cheesecake. It's an insult to the real deal i.e.

We then bought our Train Bento. It can be found everywhere in Taipei Main Stn, the area where the bus Kuo Kuang 1819 drops you when you make your way from Taoyuan Airport to Taipei City.

Our train is at 1PM and we had asked our driver to help us make the purchase since my Chinese isn't that good to begin with...
Upon reaching, I was informed that the railway to Hualien was cancelled and might resume from 5PM. I literally went crazy that moment. I asked for directions to Hualien and it would seem like I can take a bus to Yilan Railway or something like that. From there, I can take the train to Hualien Railway. Looking at Mommy's luggage, there's no way we can put that on a bus.
So, I inquired on the rate from a cab directly to Hualien Railway. We were quoted a whopping NT7K! I took it without thinking as I didn't want the hassle. Along the way, we asked him to drop us at Yilan Railway instead and he quoted us NT2.2K for that. We found out later that we've been ripped off. It ought to be less than NT1.8K. Oh well... it's a vacation after all! No point lamenting over it. =) 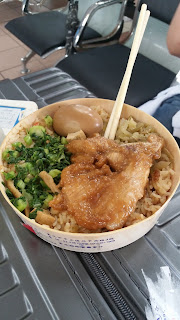 The Bento we purchased? We had it at Yilan Railway.
I know... I know... Not supposed to put the chopsticks this way but hey! Mommy did it! =D
Verdict - Don't bother... Wouldn't taste nice even if it's hot. Ours was still warm...

Not much luck with the Railway as I ended up standing the entire 1.5 hrs. Mommy managed to get a seat which is at an area where people can get water. Yes, there's water and toilet available on the train. After 1.5 hrs of standing and sitting, we finally arrived Hualien! We got out and the driver of our hotel (Hotel Bayview) arrived shortly. It was a hotel recommended by our driver. I engaged a driver for the next few days in Hualien and his service as well to drive us up to Cingjing. I shall tell you more about him in the next post.

After checking in, we took a short rest. I booked the Honeymoon room with a balcony. Turned out to be a great idea as we can dry our clothes in the balcony after washing them and Mommy can also smoke there. I hate the smell of smoke. Also, the scene from our room is magnificent!
A photo on the next post! 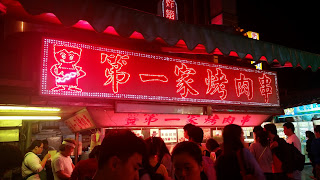 We went to Zhiqiang Night Market for dinner on the 1st day.
You have GOT to give this a try when you're there... 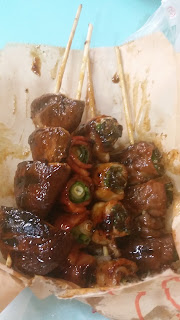 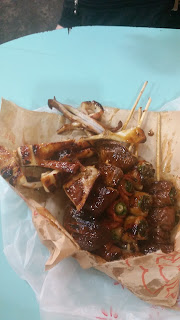 They were delicious! Especially the Squid and Mushrooms. So yummy, we bought it again when we were about to return to our hotel. Yummy yum yum! 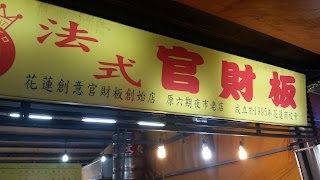 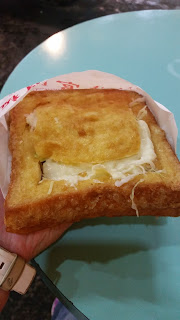 Had this next - Coffin Bread
Verdict - So-so. Filling as it's bread. You can give it a miss but for the sake of at least having tried, I suggest you eat it once. Once is enough. Honestly. 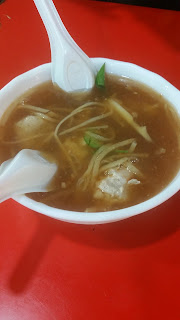 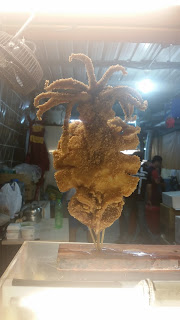 Took a photo of this but did not try it. 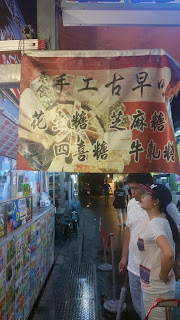 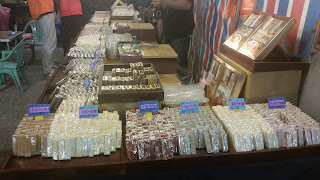 Homemade Nougats which I bought quite a bit... 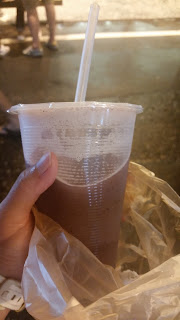 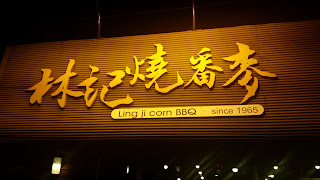 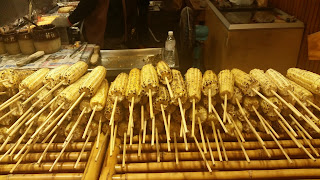 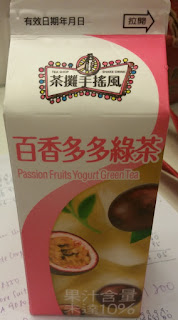 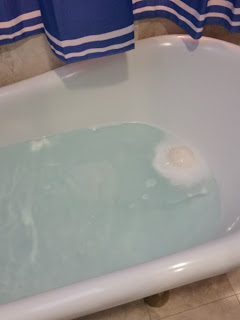 Another bath to end the night!

Not much splurge this day as all I bought were the Nougats.

Come tomorrow, it's all going to be pretty, pretty pictures so stay tuned!