I ran out of quinoa! So sad, so sad...
It is often at the time when you lost something that you start appreciating it.
The same applies for me when it comes to food!
I should just order it from iHerb you say. Well, I was STILL trying to organize my cart that's why!
If you are going to buy stuff from iHerb for the very 1st time, enter reward code HPW978.
I explained why in my entry HERE.

Okie so I ran out of quinoa. What's a little ME gotta do?
Consume white rice? I try not to...
Little ME decides making a trip down to Pasarbella!
I was so disappointed! The next time I go, I'll only buy tea and Paella.

I also bought Organic Black Rice which is in fact a combination of black and brown rice from Mekhala. It wasn't love at first cook. Tasted like pulut hitam. Don't get me wrong. I luuurrrveee pulut hitam when it's a dessert but not quite as much when it's a rice. Well, at least not initially. I must say I've started to enjoy it as I get used to it. I like biting on the grains. Ha ha... 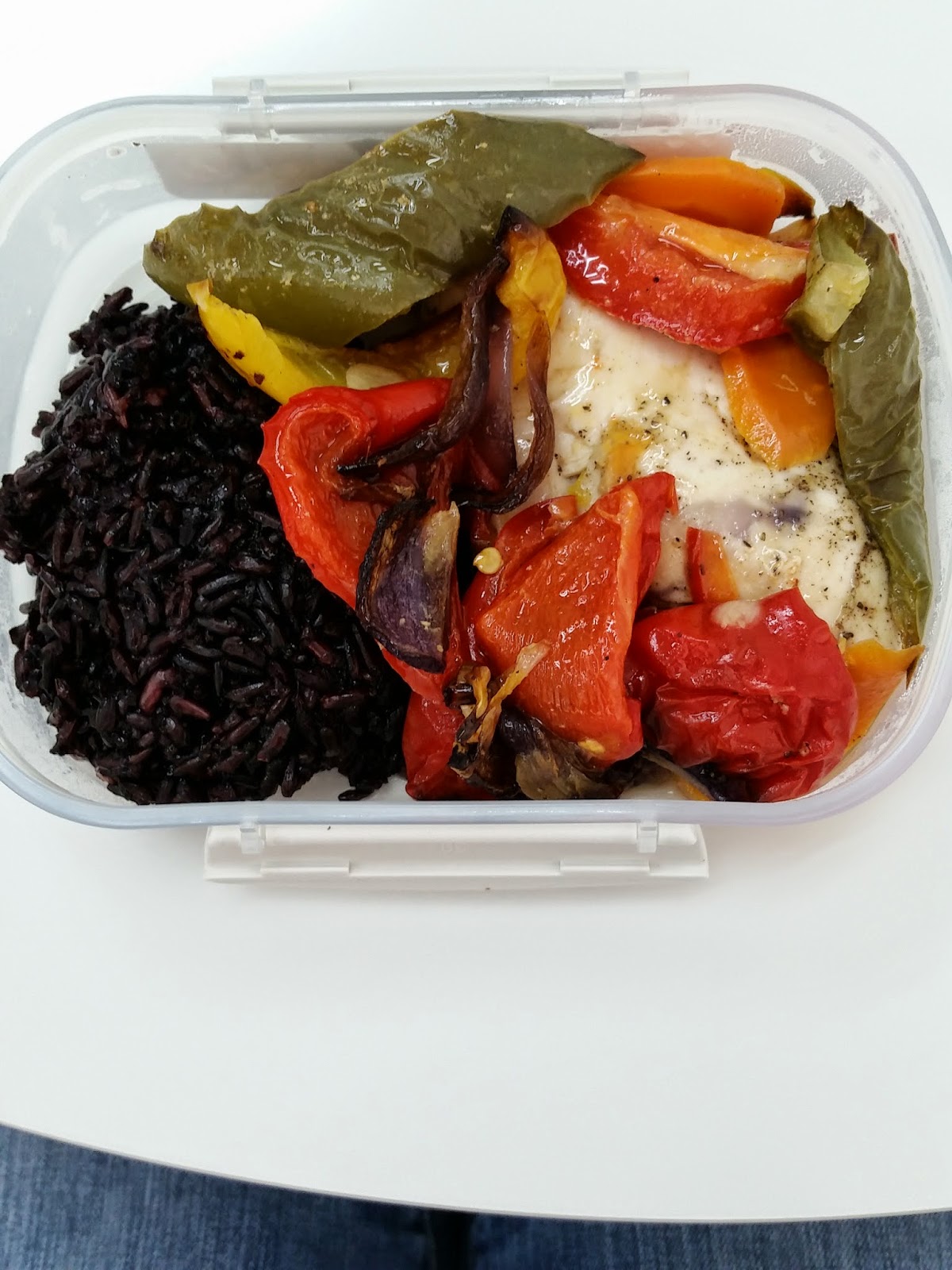 This is what I had for my lunch the past few days.
Monday and Wednesday, it's Salmon instead of Chicken.
Tuesday and Thursday, it's Chicken.
Doesn't look interesting but it sure does taste good especially when it's with Chicken!
That's the Organic Black Rice I was talking about.
I must say Organic Black Rice is pretty filling...
I bought some other versions from iHerb and that's my 3rd parcel.
Why is there a parcel 2 and parcel 3? Well, I didn't want to pay extra for DHL and hence, decided to put them on separate shipments. >.<

My 2nd parcel from iHerb is due to arrive this week or on Monday.
Yay!!! Hummus, wholemeal bread, corn & black bean salsa... yumz...
I'll definitely do a video and blog about my 2nd parcel once I get it!

Until next time, have a great one peeps!